Huh? Snap Founder Says Snapchat Is Not for the Poor 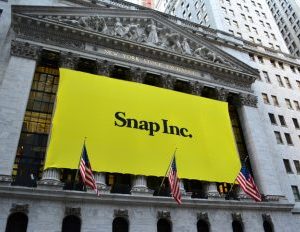 Snap CEO and Snapchat founder Evan Spiegel is under fire for alleged remarks he made, including asserting that Snapchat is only for rich people.

The lawsuit was filed by former Snap employee, Anthony Pompliano. He claims he was unfairly terminated, because he refused to be complicit in what he states are false numbers given to investors by Snap.

According to the lawsuit, Pompliano left Facebook to lead Snap’s growth. He says that, right after he was hired, he was told he would actually not be leading Snap’s growth team. Pompliano also claims he was asked to divulge Facebook’s confidential secrets, even though he had to sign a non-disclosure agreement at Facebook.

The breaking point, according to the lawsuit papers, was when Pompliano became critical of Snap’s growth strategy. He believed that Snap was pumping up the number of people that use Snapchat, in order to up its valueÂ in preparation for its Initial Public Offering (IPO). He also inquired about Snap’s lackluster attempt to increase users in some other countries.

“Mr. Spiegel again spurned him. For example, the data showed that Snapchat’s international user metrics were very low, even in countries with high-levels of social media engagement, such as Spain and India. When Mr. Pompliano attempted to explain that he could implement strategies to achieve significant growth for Snapchat in these major markets, Mr. Spiegel abruptly cut in and said, ‘This app is only for rich people. I don’t want to expand into poor countries like India and Spain. Mr. Spiegel would not entertain any further discussion on the matter.”

Pompaliano was fired after only three weeks. Since the details of the lawsuit went public, Spiegel has been subject to intense criticism. Outraged users took to the App Store to knock down Snapchat’s ratings to a “1.5.”

Snap is denying that its app is only for the wealthy. In a statement, the company dismissed Pompaliano’s allegation as “ridiculous,” and called him a “disgruntled employee,” according to reports including one from The Sydney Morning Herald.