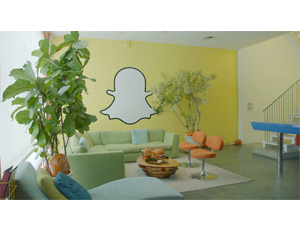 Sorry, kids. As was the case with Facebook, Snapchat is now quickly getting co-opted by older users.Â The fastest growing demographic of the hot messaging app are those over 35. Their usage numbers are up to 14% of users from only 2% three years ago.

The Wall Street Journal reports that the messaging app platform has amassed 150 million daily active users. While that is a paltry figure compared to Facebook’s 1.65 billion monthly active users, Snapchat is growing at a tremendous rate.

According to Fortune, Snapchat likely had revenue of about $100 million in 2015, with promises of as much as $300 million this year.

Many Twitter loyalists are flocking to Snapchat–even Black Twitter.Â Toure, a 45-year-old writer and social commentator, recently wrote a piece arguing that Black Snapchat may be overtaking Black Twitter:

“Part of why I love Black Twitter is because the folks who make up Black Twitter are making an affirmative choice to be boldly Black in spite of the negativity it attracts. I often find myself admiring the elegant and witty ways some in Black Twitter repel trolls.

But there are days when I don’t want to fight. I want my social media to be fun and relaxing. That’s why I’m increasingly spending less time on Twitter and more on Snapchat, which recently passed Twitter in daily active users.

While Twitter has become a space where I feel I always have to be prepared for verbal combat, Snapchat is just fun.”

Currently, the age breakdown for Snapchat users is:

Company representativesÂ say theyÂ welcome the app’s adoption by older users. “Our community enjoys having their parents on Snapchat, because it’s a really fast and fun way to communicate,â€ a spokeswoman for the company told The Wall Street Journal. “We don’t have the public likes and comments that often make for awkward moments on traditional social media. It’s never been an issue,â€ she added.