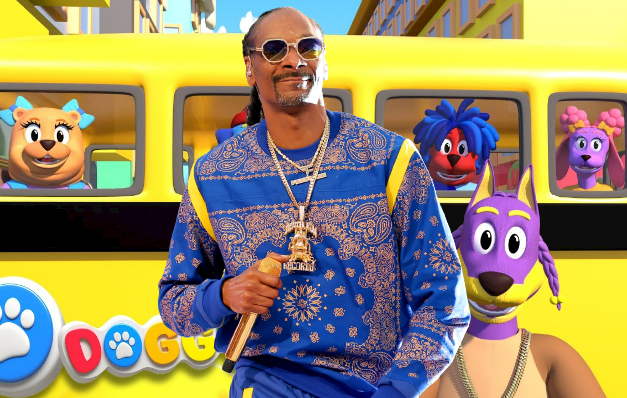 Snoop Dogg is a master of spitting rhymes, but now he’s entering the realm of nursery rhymes after launching a new animated kids series.

The Doggfather, along with Claude Brooks and October London, created an animated series for children titled, Doggyland – Kids Songs & Nursery Rhymes. The cartoon is shown exclusively on YouTube and YouTube Kids.

Presenting 2 u my new kids show @doggyland_kids 💙
Where they can sing, dance n learn.
Out now on Youtube & YouTube Kids! #DoggylandKids pic.twitter.com/uLVAvrfLaP

The self-proclaimed “Doggfather” has an affection for the kids and looks forward to offering a positive online experience through his animated show.

“As a father, grandfather and longtime youth football coach, it’s always been important to me to build positive and educational environments for all children. We wanted to bring our show to YouTube and YouTube Kids which provides free access to everyone, so all the kids can enjoy it,” said Snoop in a written statement.

He continues: “I’ve always wanted to create a kid-friendly series that lets kids be kids and is truly representative of the Culture with everything from the music to the characters. When I started to build my team, it was only right to partner with Claude, who created the iconic series, Hip Hop Harry, which built the blueprint to diverse kids programming, and October London, a talented singer and writer.”

Snoop Dogg Has His Day

Snoop teamed up with Brooks, an Emmy-nominated producer who created Hip Hop Harry, and singer/songwriter London to debut the series this week.

The animated show stars a cast of dogs who sing, dance, and rap, incorporating songs catering to toddlers up to children up to the age of eight.

Bow Wizzle is the lead character, voiced by Snoop. He serves as the adult mentor to the dogs in the series. Wags is voiced by London and is the lead cheerleader amongst the dogs, and he has a voice that’s reminiscent of R&B singer Usher. Yap Yap is always in high spirits because she is optimistic and possesses a cheery personality. Rounding out the rest of the cast is the team player, Chow Wow, and Barks-A-Locks, the adventurous and curious dog out of the pack.

Doggyland covers a wide range of topics that engage in tools that will help children accept a “core message of acceptance, diversity, and inclusion,” according to reports.

Doggyland is released under the umbrella of Doggyland Media L.L.C.

Shows can be viewed via the Doggyland YouTube page.

There is also an album that uses the title of the series, Doggyland – Kids Songs & Nursery Rhymes, on all streaming platforms. New episodes premiere every Tuesday.