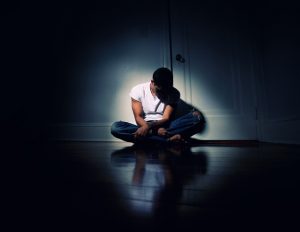 A report from the American Journal of Preventative Medicine reveals that a large amount of time spent on social media is related to feelings of isolation in young adults.

The team of researchers conducted the study via an email survey sent randomly to over 3,000 “non-institutionalizedâ€ adults between the ages of 19-32.

They were also asked to assess their emotional state via a series of questions such as, how frequently in the past seven days they felt “left out;â€ “that people barely know me;â€ “isolated from others;â€ and “that people are around me but not with me.â€

The survey results were used to find aÂ correlation between what is called Perceived Social Isolation (PSI) and Social Media Use (SMU).

The researchers originally reasoned that higher social media use would result in fewer feelings of isolation among this demographic. However, the data found the opposite is true.

The study also had other interesting revelations. Married people have lower odds of PSI as do those making an income between $30,000 and $75,000 per year.

In the results section of the abstract of the study, the researchers offered reasons for the findings. “It may be that individuals who are already feeling socially isolated tend to subsequently use more social media; those with fewer “in-personâ€ social outlets may turn to online networks as a substituteâ€ and “those who use increased amounts of social media subsequently develop increased social isolation.â€