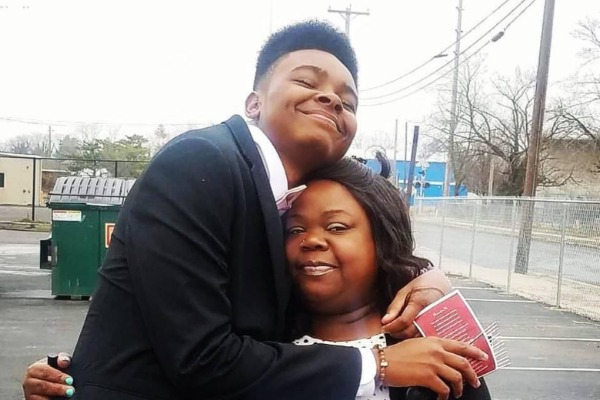 Social media influencer and music producer Jay Versace has sparked debates on social media after launching a GoFundMe to pay for his late mother’s funeral.

Last week, a fundraiser was started on behalf of Jahlil “Jay Versace” Gunter in memory of his mother, Nikesha Dolly Gunter, who died on May 18. The social media star who has been the face behind popular memes and gifs used in recent years reposted a link to the fundraiser while announcing his mother’s passing.

“This has truly been one of the saddest times of my life, I don’t wish this pain on anyone. plz help me send my momma off smoothly, anything helps,” Jay Versace tweeted.

The GoFundMe page didn’t explain what led to Gunter’s passing but explained how the family has been spending their money.

“The passing of Dolly came unexpectedly and is a huge loss for her whole family,” the GoFundMe page states.

“We are asking for financial support as Jay and the family has exhausted their financial resources while supporting Dolly’s ongoing medical battles which created housing and financial issues.”

It also noted how the donations would be used.

“This GoFundMe will support Jay and his family with funeral costs for Dolly, living costs for him and his little brother as they prepare for their mother’s funeral, and finding a new living space,” the page states. “All funds raised will go directly to Jay to support with funeral costs and associated expenses.”

After the social media star posted a link to the fundraiser, debates sparked on Twitter from those shocked to see the popular influencer in financial need.

“jay versace having to start a gofundme for his mothers passing is so heartbreaking considering the impact he has had on social media for nearly our entire adolescence,” one user tweeted.

“The fact that medical bills has basically left Jay Versace and his family nearly bankrupt should be a wake up call of how evil our healthcare system is. No one should be worried about their housing while mourning and planning a funeral.”

Others couldn’t believe that after producing so many well-received videos and winning a Grammy, the influencer would need assistance paying for a funeral.

Some asked why common folk should feel pressured to support a celebrity financially.

Because a celebrity can’t afford a funeral we’re supposed to help them? What does that celebrity do for us ?