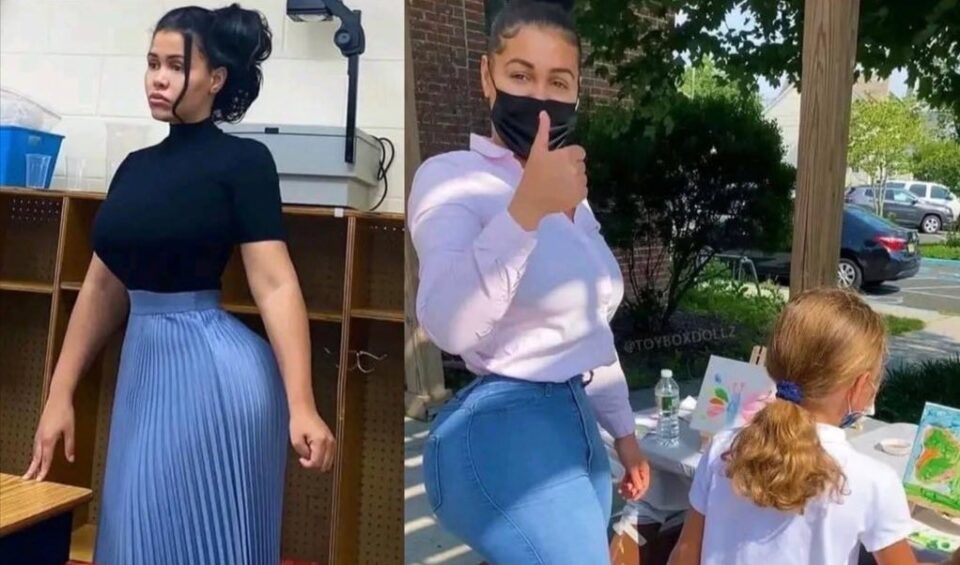 A New Jersey teacher is allegedly catching flak from some parents at her school because she is an attractive woman with a body some may envy.

Since a few people complained about her physique, she took to social media to let her followers know she is going nowhere.

According to The Rod Ryan Show, the kindergarten teacher is Roxsana Diaz, who uses the moniker “The Art Teacher.” The 39-year-old woman teaches preschoolers in Pennsauken, New Jersey. She went on her Instagram Live on Thursday to speak to her 813,000 followers about how some parents are trying to get her fired because of her body and looks. She disputes that she is in danger of losing her job.

Mothers demand that a teacher be fired because of her body. They say that she is “distracting to students” pic.twitter.com/g8662LlZUf

Diaz states in the video clip that she is addressing the issue regarding some parents of kindergarten students who may feel she shouldn’t be teaching. She immediately says that she gets the most support from the mothers of the children. “The mothers from the county and community for the school that I work for are some of my biggest supporters.”

She also mentions that letters of support from the mothers are sent to her school administrators.

Diaz felt the attention she initially got through social media and news outlets was funny. But, now that there have been negative comments toward her, “it’s kinda not funny anymore.”

The support she’s received from people worldwide and even a recent encounter at a Wawa’s has taken her by surprise and she is “humbled” that she is supported and recognized.

Although she does have people sending her negative comments, she still appreciates the positive message she receives. “I’m receiving so much positive feedback, I am so happy, I’m still a teacher. I’m still highly favored.”