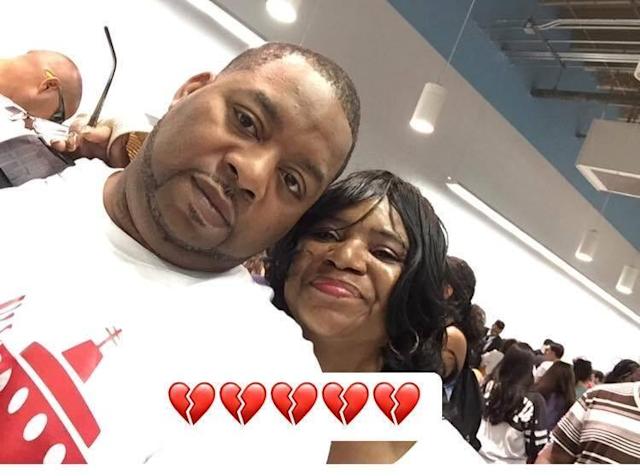 On Saturday, Celestine “Stiney” Chaney, 65, was one of the 10 victims killed in the racially motivated mass shooting at Tops Friendly Market in Buffalo, New York. Her son, Wayne Jones, who says he usually goes grocery shopping with her, spoke out about the tragedy.

“We went grocery shopping, that was what we did. As she got older, I’d take her grocery shopping,” he told Insider. “It’s ironic that the one time we didn’t go together, there’s a tragedy,” Jones said, according to Insider.

Chaney was visiting her sister when the two went to the grocery store to get strawberries for a shortcake, the New York Times reported.

BLACK ENTERPRISE previously reported that 18-year-old Payton Gendron was arrested and charged with first-degree murder at Buffalo City Court. Police officials confirmed that the suspect intentionally targeted Black people, all while live-streaming the shooting on Twitch.

Sadly, the Twitch livestream is where Jones discovered that his beloved mother had lost her life. In fact, when he received a screenshot of the video from his daughter, he was forced to confirm his mother’s identity.

“She inboxed me the picture, and it was mom, lying there, with the barrel of the gun over her,” Jones told Insider.

“It was because he live-streamed the whole video … I don’t want to see that. I’ve already seen the pictures. There’s enough pain right now. Just watching that, seeing the damage over and over again, I don’t think that’s good.”

According to data reports, Buffalo has a Black population of approximately 36.53%. Gendron reportedly took this into account in his plans to open fire on the high percentage of Black residents and shoppers in the targeted community.

The Buffalo News reported that the gunman’s semi-automatic gun had the N-word written on the barrel in white paint and the number 14. The white supremacist was also in possession of an alleged 180-page manifesto that outlined his plans for the shooting and noted a white-supremacist conspiracy theory that believes people of color will eventually replace white people.

“It’s crazy because you would never think this would happen to you. Like, I’ve never dreamed of nothing like this,” Jones said. “I’ve thought about different situations … but never would I think a white supremacist would find the only Black Tops in your state at the time that my mom was there. You can’t dream this.”

Amid his shock, Jones said he is maintaining his strength for his children.