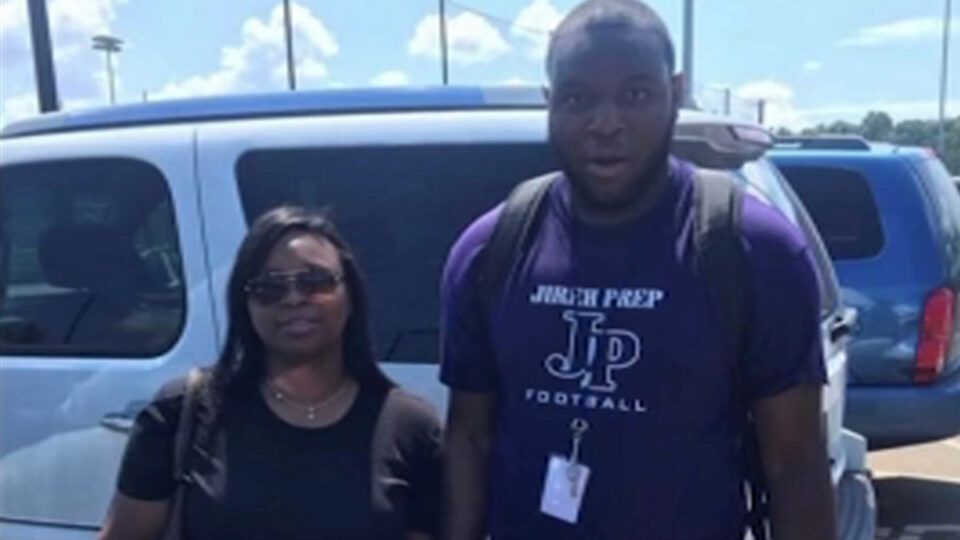 The son of a Philadelphia police officer was shot and killed outside of a corner store on Monday, and his mother is sending a strong message to the killers.

Investigators believe 23-year-old Hyram Hill was killed in a targeted attack, CBS Philly reports. Police say they’re no longer investigating the incident as a robbery since Hill was the son of a Philadelphia police officer from the 12th District, Edwenna Ferguson.

Ferguson, a 17-year veteran, is asking the community to avoid seeking their own justice and allow the police to do their job.

During a press conference, Ferguson recalled her determination to make something of herself despite her father being incarcerated when she was five and having Hyram when she was just 15.

Hill was just two semesters away from graduating from Cheyney University with a degree in early education. His girlfriend is seven months pregnant with their daughter, who will be named after her late father.

“I was proud of everything my son did. Every move he made, I told him you take two steps, I’m going to take 50 for you,” Ferguson said.

There is a $30,000 reward for anyone with information that can help the police make an arrest.