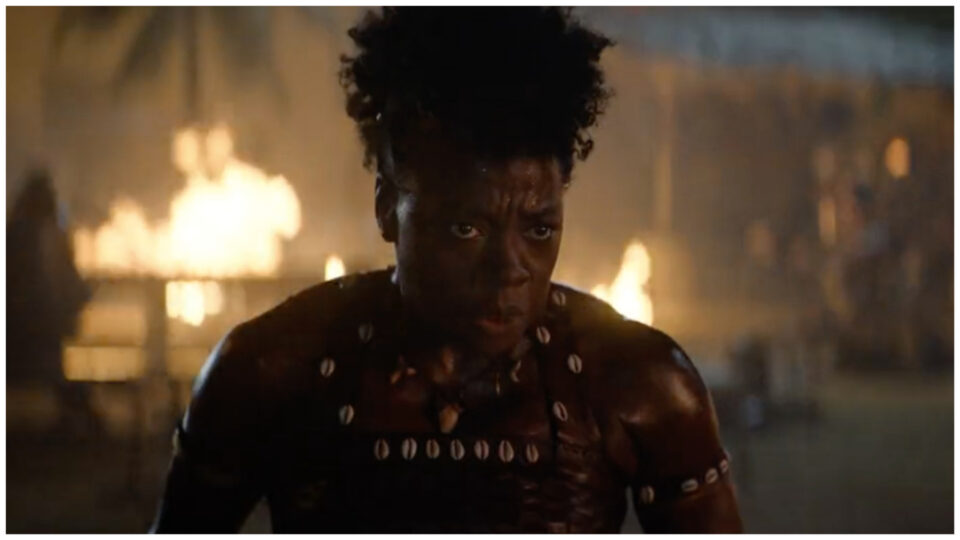 Sony Pictures released the trailer of the historic epic The Woman King starring Viola Davis on July 6, and the teaser has already been viewed more than 6 million times.

The Woman King is based on the true story of the Agojie, an all-female army from the African Kingdom of Dahomey, known today as Benin. The Agojie — also known as Amazons —fought for The Kingdom of Dahomey between 1625 to 1894. Davis stars as General Nanisca in the film and prepares the Agojie to battle European colonizers.

Davis shared the trailer on Twitter with the caption, “So…..here it is. The Agojie. The Warriors. See #TheWomanKing rise exclusively in movie theaters September 16. @WomanKingMovie.”

The Academy Award-winning actress told Vanity Fair that she trained intensely for several hours daily to prepare for the role. She learned martial arts and underwent machete weaponry training in preparation for playing General Nanisca.

“We started intensely a few months before shooting,” she said. “Four hours a day, five days a week. Weight training, sprinting, martial arts, and weaponry training for the machete. I like to say that I was the OG warrior,” she joked.

Davis also noted the difficulties of playing someone with such bravery.

“It was a different state of mind to tap into that spirit—that bravery. Certainly, that’s not a mindset that I carry on a day-to-day basis,” said Davis. “I’m someone who carries pepper spray and a little alarm on my keychain.”

The film was directed by The Secret Life of Bees director Gina Prince-Bythewood and co-produced by Cathy Schulman. Davis also produced the film and noted the lack of opportunities for Black actresses in the film industry.

“I’ve never had a role like this before. It’s transformative. And to be a producer on it, and to know that I had a hand in bringing it to fruition,” she said. “There’s always a vision you have for your career, but there are very few roles as an actress of color. Dark skin with a wide nose and big lips. I’m just gonna continue to say it. Those stories are extraordinarily limited.”

The Woman King is being called the “Black female Braveheart” and also stars John Boyega as King Ghezo. Sheila Atim, Thuso Mbedu, Lashana Lynch, and Hero Fiennes Tiffin also star in the film. The script was written by Dana Stevens.

The Woman King will be released in theaters only on September 16.