Sony's Jack Tretton to Step Down Next Month 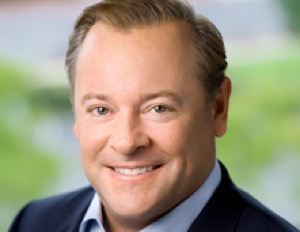 According to a press release, Jack Tretton, the president and CEO of Sony Computer Entertainment America, is stepping down at the end of the month.

Tretton was part of the founding executive team in 1995, and was present for every PlayStation platform released in North America, including the original PlayStation and the record-selling PlayStation 4.

Under Tretton’s leadership, Sony sold over 50 million PlayStation 2 consoles in North America, making it one of the most successful consoles ever made.

“Working at SCEA for the past 19 years has been the most rewarding experience of my career,” said Tretton. “Although I will deeply miss the talented team at SCEA and the passion demonstrated every day by our fans, I’m very excited about starting the next chapter of my career.”

Jack Tretton is being replaced by Shawn Layden as of April 1. Layden is currently Sony Network Entertainment International’s COO. Layden has been with Sony almost as long as Tretton, for 15 years.

Microsoft’s $499 Xbox One is losing ground compared to Sony’s next-generation console, the $399 PlayStation 4. The popularity shift may turn in Microsoft’s favor, however, with the release of EA’s first-person shooter Titanfall this week.