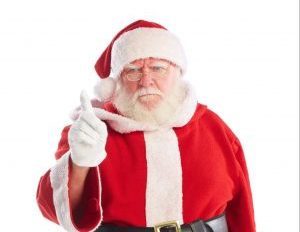 The African American man hired to play Santa Claus at the Mall of America in Minnesota earlier this month sparked an uproar on the internet and even a call to boycott the nation’s largest shopping center. Nevertheless, it became pretty clear that America can’t handle the idea of a black Santa.

Well, if that wasn’t already a hard pill for racistsÂ to swallow, there’s more evidence that Santa Claus wasn’t a white man. 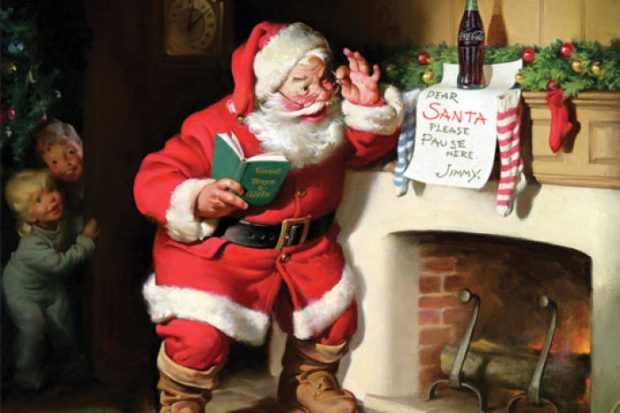 The Growth of White Santa

The highly recognized image of a pale-faced, white-bearded, old man giving out gifts dates back to the 19th century. That illustration of Santa was then co-opted by Coca-Cola and morphed into an international symbol when the company launched a long-running advertising campaign, starting in the 1930’s. However, the origins of this cultural icon run much deeper than that. In fact, it predates the inception of our nation, itself.

The Origins of St. Nick

The jolly mythical man we know as Santa Claus has been traced back to Saint Nicholas, who was born in the second half of the 3rd century to a wealthy Christian family in the village of Patara, also known as modern-day Turkey. As a young man, Nicholas secretly donated three bags of gold to a poor father who couldn’t afford to pay for his daughters’ dowry and was going to resort to selling them into prostitution. For three nights, Nicholas threw a bag of gold into the man’s home window. But on the third night, the father discovered that Nicholas was the person behind the mysterious donations.

Nicholas,Â who was a devout life-long Christian, became known for his generosity and love for children, and was ordained as the Bishop of Myra. After his death, he was immortalized as a Catholic saint and the anniversary of his death was celebrated on Dec. 6.

Inspired by Saint Nicholas, a group of French nuns in the 12thÂ century anonymously left stockings full of fruits and nuts on the doorsteps of poor people’s homes at night. This act of charity soon became very popular and spread across Europe, thus establishing one of the customs in our modern Christmas celebration.

Although Saint Nicholas has been portrayed in icons as a white man with rosy red cheeks for centuries, a modern-day forensic study of the bishop’s bones discovered that he resembled a light brown man of color. Meanwhile, a cathedral built in Bari, Italy, in 1087 to honor the saint depicts him as a Middle Eastern man with very dark skin. According to Psychology Today, the Turkish-born saint looked “much more like Osama Bin Laden than today’s average ‘white male’ or Coca-Cola’s Santa Claus.”

Regardless of skin tone, both Saint Nicholas and the man we recognize as Santa Claus are symbolic of the joy of giving. Santa comes once a year to bring gifts, love, and hope to millions of children around the world. In essence, he shouldn’t be limited to just one image or skin color. Instead, he should be embraced as a figure of our imagination and accepted in all forms–whether that’s in a traditional sense or as the modernized version created by The Black Santa Co. Santa reminds us of light and humanity. That’s a symbol that doesn’t come in just one color.

You can learn more about the forensic study of Saint Nicholas and his ethnicity in the documentary Santa Clause The Real Face. Watch itÂ below.