With the latest release of the LeBron James-led Space Jam: A New Legacy making noise at the box office 25 years after the original Michael Jordan-led Space Jam was released, there has been some interest in the merchandise from the series.

According to a posting on Sotheby’s, the auction house has announced that a Jordan signed Nike Air Jordan sneaker featured in the original Space Jam movie would be on the auction block at the end of the month. The sneaker is listed as a Michael Jordan Signed ‘Player Sample’ Deadstock Air Jordan 11 ‘Space Jam’ | Size 13.

The film’s plot has Jordan going against the alien ‘Monstars’ as he is wearing the same model of Air Jordans’ that is being auctioned off. The movie earned a cumulative worldwide gross of over $230 million.

According to the Sotheby’s website, “The pair on offer is a ’Player Sample,” meaning that it was cut with Mr. Jordan in mind. It is in deadstock condition and never used. At the time, this particular colorway was only produced for Michael Jordan, and not sold in retail stores.

“The Jordan 11 style was worn by Michael Jordan during the 1995-1996 NBA Playoffs and Finals. This season would prove an iconic one for Michael, winning his fourth NBA MVP title (leading the Bulls to 72 wins), with an additional NBA Finals MVP title after the Bulls defeated the Seattle Supersonics in the Finals.”

At the time of the release, Nike’s Brand President Trevor Edwards stated that the 2016 Retro Air Jordan 11 Space Jam was such a success that “The Space Jam 11 was the largest and most successful shoe launch in the history of Nike.” 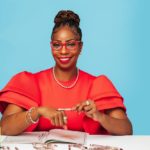 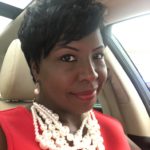 HBCU Grad Purchased a TV Station in Georgia; Started With Only a Cell Phone and Facebook Live