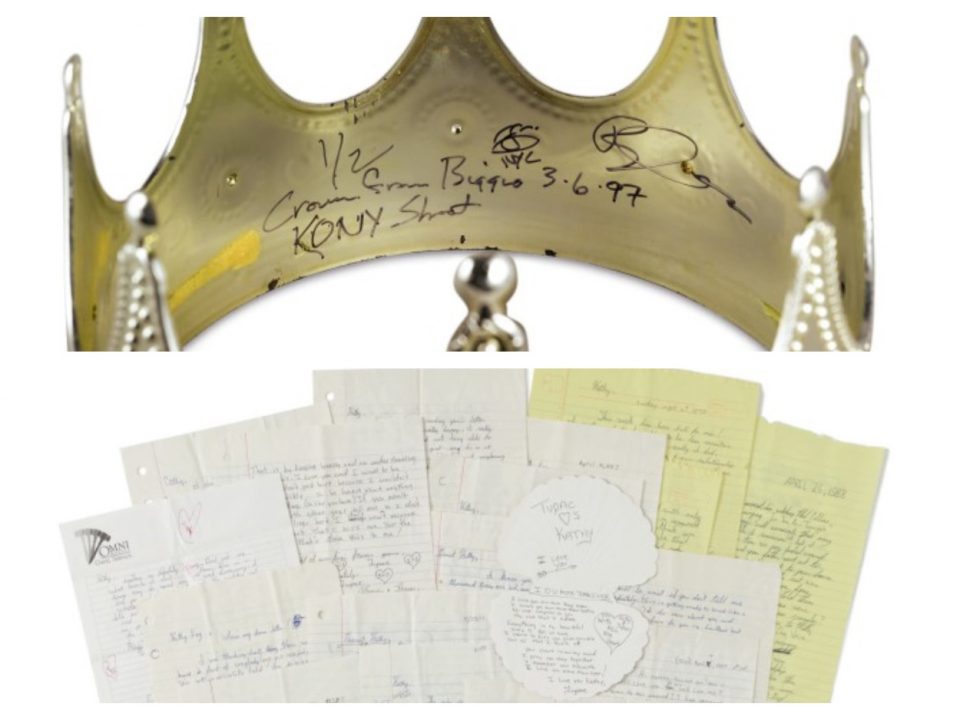 The auction itself will reflect the impact that the hip-hop culture has had from the late 1970s through the “Golden Age” of the mid-1980s to mid-1990s, through present day.

“Since its birth in the Bronx in the 1970s, hip-hop has become a global cultural force, whose massive influence continues to shape all realms of culture: music, fashion, design, art, film, social attitudes, language, and more. This sale is a celebration of the origins and early eras of that influence,” Cassandra Hatton, vice president and senior specialist in Sotheby’s books and manuscripts department,” said in a release.

“We are pleased to announce the auction with two renowned and beloved icons whose lives and lyricism continue to resonate—Biggie and Tupac—with lots that offer an introspective look, in their own way, at the personalities behind their respective public personas.”

The main attraction: two of the integral figures in hip-hop’s history, friends turned rivals who were gunned down long before their legends were fully written

“Leading the auction,” Sotheby’s boasted, “is the crown worn by Christopher Wallace (aka Biggie/Biggie Smalls and Notorious B.I.G.) during the 1997 ‘K.O.N.Y. (King of New York)’ portrait session, the rapper’s last recorded photoshoot before he was killed in Los Angeles three days later.”

Tupac fans will not be left out. Sotheby’s will auction off “a deeply personal archive of 22 autographed love letters written by a 16-year-old Tupac Shakur to Kathy Loy, a high school sweetheart and fellow student at the Baltimore School for the Arts.”

A portion of Sotheby’s proceeds will benefit the Queens Public Library Foundation, to support the Hip-Hop Programs which is coordinated by “Uncle” Ralph McDaniels, as well as Building Beats, a nonprofit community organization that teaches tech, entrepreneurial, and leadership skills to underserved youth through DJ and music programs.