The Legacy of Soul Train Continues with Paxton Baker 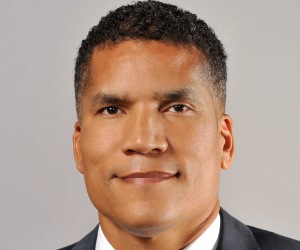 37 years is a long time for anything, especially when it comes to entertainment. Don Cornelius set a tone for the showcasing of soul music as well as the dance scene when he started Soul Train. At a time when there were few blacks on television, he was able to launch a show, that, to this day, stood the test of time and it was, arguably, the lynchpin for any black video, dance music show that has debuted since then.

With that being said, the legacy of Soul Train has been placed on the shoulders of the very capable Paxton Baker, Executive Vice President and General Manager of Centric TV. Having worked his way through the ranks of the Viacom tree from when he started as a consultant in 1999 to heading many initiatives that have lead to various awards and recognitions, Paxton is in no way through as he continues to blaze trails that will only add to his very extensive and colorful resume.

As the Soul Train Awards 2012 roars into our homes on Sunday, November 25th, the likes of New Edition, R. Kelly, Usher, Cedric the Entertainer, Miguel and many more artists will be on stage to continue the legacy that Don Cornelius has started. As the tradition of the Soul Train Awards continue to expand, Paxton Baker will be the conductor that will take this train down new paths.

BlackEnterprise.com: What’s in store for this year’s Soul Train Awards?

Paxton Baker: A cultural odyssey with fresh new talent and a compliment from legends from the classic Soul Train period of the 70’s & 80’s. Also, colorful and never seen before footage of Don Cornelius on and off camera. We like to call it fresh nostalgia.

What prompted the decision to tape the Awards Show in Las Vegas this year?

Atlanta was a wonderful home and host city. However, as the show was growing we thought Las Vegas was a nice fit with its proximity to Los Angeles and it being the “Entertainment Capital of the World.â€ We were also looking to incorporate different show talent into our show and make it bigger and more entertaining than it has been before. We think that we accomplished that and will be presenting an amazing show.

What makes the Soul Train Awards different from any of the other awards shows?

Centric is the only aspirational channel rooted in soul. Soul Train is the hippest award show on television, bar none. Second to none and hipper than any. Don Cornelius showcased the energy of urban America and put it into the living room of the whole country. In his own way he did as much as anyone to make strides towards racial harmony in an unique and colorful way. As a visionary, show talent and entrepreneur, he was way ahead of his time. He continually broke down barriers and opened doors. There have been few like him in US history.

How do you keep the strong legacy of Don Cornelius going?

I had the honor of speaking with Mr. Cornelius at the BET Awards a few years back after he introduced the O’Jays for their Lifetime Achievement Award. When I asked for his advice and for him to attend that year’s show, he placed his hand on my shoulder and told me “young brother, you’ve got this now.â€ I was humbled and appreciative and haven’t looked back.

We have a great team of producers and creatives (Bart Philips, Tami Willis-Arasli, Doug E Fresh, Kenard Gibbs, Cedric TheÂ  Entertainer, Damien Smith and Raphael Saddiq) along with the Centric, BET and Sunseeker Media staff who all love and treasure the heritage and brand.

What do you do to add to the rich history of a show that was on the air for 37 years?

Be inventive, open minded and look to add new twists. This year we added Raphael Saddiq as music director. He was amazing and you will hear the difference.

Is there a possibility of rehashing Soul Train for the current internet/mobile audience who may not understand the importance of what Soul Train meant to us as a culture?

At Soul Train Holdings we’ve embraced the opportunities digital platforms provide for the viewing of long form branded content. In addition to our website Soultrain.com, we have just launched the first Soul Train Trivia Game – available now in the iTunes store.Â  Additionally, we are in the development of another Soul Train branded virtual slot machine game through our partners at DoubleDown Interactive, which will launch in the first half of 2013.

We know the power digital platforms provide in terms of quickly building communities of shared interest. The Soul Train brand enjoys a vibrant and enthusiastic following in the virtual world as well, thus allowing enthusiasts of all ages the ability to view some of the iconic performances of years past.

Would you have imagined being in charge of The Soul Train Awards based on what you were doing previously?

Every day that I work on the Soul Train Awards is a gift. I remain humbled and appreciative for Don Cornelius and Debra Lee who were willing to make the current investment and give me and the Centric team the opportunity to add our mark to this great heritage.Â  Everything that we’ve done in the past leads us to where we are today.

What advice would you give someone who would like to someday be in the position you are currently in?

Don’t take anything for granted. Never rest on your laurels. Believe your dreams can come true. One day you may just meet Stevie Wonder and have the opportunity to work with him and other heroes who you idolized in your youth.

What would you like to achieve for yourself within the next 15 years?

Continue to grow and build new relationships. Leave a legacy myself for others to follow.

How are the artists chosen to be nominated, and then what is the process of them obtaining votes to win the awards?

Nominations are based on a combination of radio air play, Centric video rotation and performance on the Hot 10 Countdown along with album and digital sales. We look at all projects that fall in the eligibility period of September 1st, 2011 – September 1st, 2012.Â  Once this is complete, a balloting company will send out the nominees to our voting academy. Our voting academy is a combination of record label executives, artists, bloggers, radio personalities and music/program directors. The last step is opening the envelope on the day of show and celebrating!

For our CentricTV.com categories fans can vote online and the winners are revealed on the red carpet day of show.

The Soul Train Awards 2012 was a three-day soul weekend which consisted of other events like a celebrity golf tournament, comedy show and a concert, is this something that is regularly done and how long does it take to plan such an eventful weekend?

The Centric Soul Weekend was two years in the planning. It was a longtime dream to bring the brand off the screen.

What would you like to see happen in black entertainment in general?

Continued growth that informs and entertains. Be a cause agent like Don Cornelius.

Is there anything else you’d like to tell the audience?

Watch the hippest trip in America on a television screen near you on November 25th at 7p EST for the Red Carpet Show (Tamar Braxton and Tony Rock are a hoot), and then the Soul Train Awards at 8p EST.

Put your hand on the television and watch the whole show. It is life altering. New Edition receives a long overdue Lifetime Achievement Award. As a group and then as individuals, NE and BBD soloists, they have appeared on Soul Train more than any other acts in its history. Don’t miss it and Stevie Wonder closes a show like no other.

Good day to all and Happy Holidays.