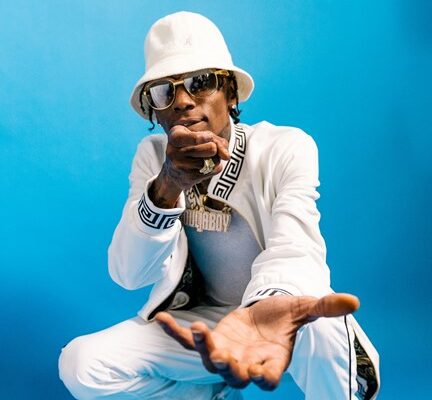 It’s been 15 years and Soulja Boy — the teen rap star-turned-mogul who was once accused of “killing hip hop” — is still creating hits, captivating the internet, and proving naysayers wrong.

Born DeAndre Cortez Way, the 31-year-old rapper is best known for “Crank That (Soulja Boy),” the wildly successful single that launched his career as a pioneer in the digital hip hop era. The Chicago-born artist initially self-published the catchy song to the internet in 2007 and uploaded the corresponding “Soulja Boy dance” on YouTube, generating a tidal wave of downloads, views, and buzz at a time when aspiring rappers were still handing out mixtapes and demos in hopes of getting discovered. Nonetheless, at just 16 years old, he wrote, produced, and distributed a smash hit independently that peaked at No. 1 on the U.S. Billboard Hot 100 for seven weeks. During an interview on REVOLT’s Assets Over Liabilities, Soulja Boy says he generated $10,000 a month by hacking SoundClick, an early streaming service, while also growing an organic online fan base.

He also admitted that he redirected web traffic from his SoundClick page to his MySpace account when the platform first launched. That tactic helped him become the No. 1 artist on the social network before he began vlogging on YouTube.

“I was the first rapper to get paid on YouTube,” Soulja Boy told BLACK ENTERPRISE in an interview.

“Crank That” went on to receive a Grammy nomination and become the first song ever to sell 3 million digital copies in the U.S. It also went platinum three times, sold millions of ring tones, and led to his million-dollar contract with Interscope records.

In addition to being an early adopter of social media, Soulja Boy is one of the first artists to cultivate a direct relationship with his fans through text message subscriptions. Back in 2008, he famously included a phone number in his smash hit “Kiss Me Thru the Phone,” which allowed him to capture fan phone numbers and send them links to stream his music. Although critics deemed him as a one-hit-wonder, he went on to produce for major artists like Nick Minaj, release multiple hits, and establish his own record label.

Today, the innovative rapper continues to apply his savvy business and tech acumen to his music. In early 2020, he released an NFT version of his songs.

He also designed and trademarked the SouljaGame, a branded handheld game console developed under TRDR Pocket. According to him, his video game console has generated millions of dollars and received an offer for over $100 million.

“I’m the first rapper to release a video game console in history,” he said. “You got Xbox, you got PlayStation, [and] you got Nintendo. Other than that, there’s no video game console that ever existed in the history of history.” He continued, “my company’s evaluated for multi-millions. My net worth is $30 million. I made a lot of millions in music, but how it’s going right now, I’m making more money off the video game console than the rap game.”

Despite juggling multiple businesses and achieving impressive accolades, the hip hop star is known for controversy just as much as his career highlights. Soulja Boy is also infamous for trolling the internet, making outlandish claims, and provoking beef with a laundry list of artists from Chris Brown to the late Young Dolph. Most recently, he lashed out at Ye (the artist formerly known as Kanye West) after the rap superstar removed his verse from his new album, Donda, without warning, claiming that Soulja’s lyrics were subpar. However, Soulja says he and Ye are now on good terms since Ye admitted that he should have consulted him before cutting his verse.

“Brothers argue sometimes, partners fight sometimes and they gotta get over it,” Soulja told BE. “Y’all ain’t real homies, real partners [if] y’all can’t have a disagreement and talk it out and work it out again,” he said. “We’re straight. I’m in my own little world.”

Nonetheless, shenanigans may all be part of Soulja’s master plan to retain attention in a content-driven society. After all, controversy sells, especially in hip hop.

“If you watch certain interviews, you can see how intellectual I am, how far it goes for the business. But, if you’re watching me going off on Instagram and you never heard of me before or you’re a new fan, you’re gonna have different perceptions,” he admits. Nonetheless, he says his online persona is “all fun” and not a hindrance to his career. “It’s just a different look at me in that moment.”

Soulja says fans will get a glimpse of his many sides on his new docuseries, The Life of Draco on REVOLT, which showcases his businesses, journey on The Millennium Tour 2021, and his sometimes explosive temperment. In a statement, Ivy Rivera, who serves as the show’s executive producer and the culture and lifestyle specialist at Combs Enterprises, says the six-episode series takes a deep dive into Soulja’s daily activities, musical accomplishments, and talent.

“Draco and I have been working together since 2018. Watching his evolution as an entrepreneur and artist inspired me to create a series that shares and celebrates his impact on the culture,” says Rivera. “We’re showing the Draco we all know and love in the midst of a high point during the Millennium tour. We couldn’t have captured his life at a better moment.”

Soulja says he wanted to keep the cameras rolling to showcase both his highs and his lows.

The Life of Draco premieres on January 21on REVOLT TV and the REVOLT TV app. Watch Soulja Boy’s full interview on The New Norm With Selena Hill below.