Archbishop Desmond Tutu Has Passed Away In Cape Town 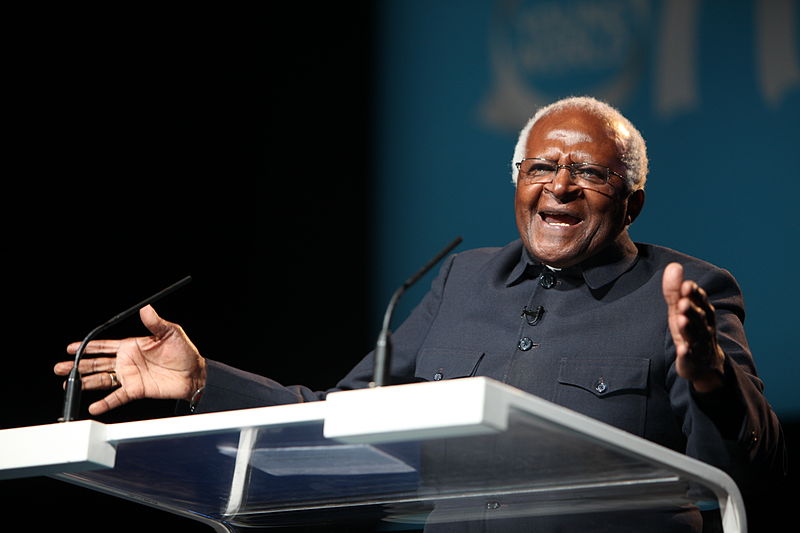 Archbishop Desmond Tutu, the South African cleric who rose to international prominence in the 1980s as a vocal anti-apartheid activist, died Sunday morning in Cape Town.

The 90-year-old passed away peacefully at the Oasis Frail Care Center, where he had been hospitalized several times since 2015. Tutu had been diagnosed with prostate cancer in 1997, but it is unclear if he died of complications from the illness.

“Typically he turned his own misfortune into a teaching opportunity to raise awareness and reduce the suffering of others,” read a statement from the Desmond and Leah Tutu Legacy Foundation. “He wanted the world to know that he had prostate cancer, and that the sooner it is detected the better the chance of managing it.”

According to the New York Post, Tutu’s vocal anti-apartheid stance earned him a Nobel Peace Prize in 1984, highlighting his position as one of the world’s most effective champions for human rights. With the passing of his close friend Nelson Mandela in 2013, Tutu was the last living South African Nobel laureate.

Following the end of apartheid in 1994, Mandela appointed Tutu chairman of the Truth and Reconciliation Commission, tasked with uncovering and documenting the abuses of the racist system.

In the 1990s, Tutu also became a very visible supporter of LGBTQ rights, not just in South Africa, but the world over. His support of same-sex marriage and other causes put him at odds with many across South Africa as well as within the Anglican Church.

“I would not worship a God who is homophobic and that is how deeply I feel about this,” he said in 2013. “I would refuse to go to a homophobic heaven. No, I would say, ‘Sorry, I would much rather go to the other place.’”

In a statement, South African President Cyril Ramaphosa said that Tutu’s passing was “another chapter of bereavement” as the nation continues to say goodbye to a generation of great men who changed the course of South Africa’s history.