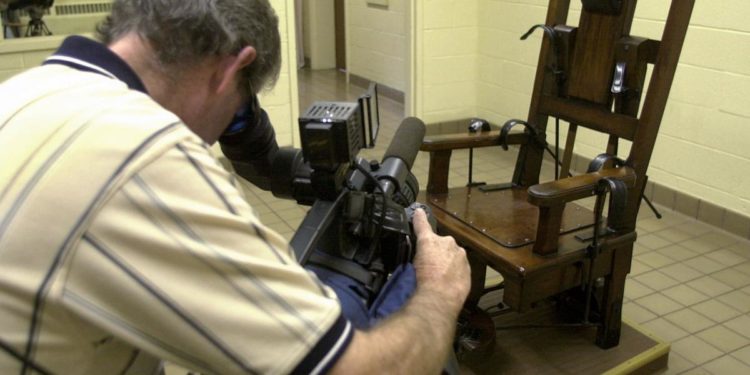 As many push for the American government to do away with the death penalty completely, the state of South Carolina has upped the ante on the controversial practice, bringing back death by firing squad.

On Friday, the state Department of Corrections said revisions to the death chamber where the executions will take place were completed, The New York Post reported. State legislation put in place on May 14, 2021, made the electric chair the primary form of execution in the state and allowed inmates the option to choose between lethal injection or death by firing squad.

The new death chamber sits in Columbia and cost $53,600 to build. It holds a metal chair with restraints that faces a wall with a rectangular opening where three shooters can carry out the sentence.

Prisoners will have a hood over their heads and be allowed to make a final statement. Witnesses will be able to watch the execution behind bullet-proof glass.

The return of death by firing squad comes after a decade-long pause in carrying out death sentences because of the state’s inability to obtain lethal injection drugs, Fox News reported.

State Sen. Dick Harpootlian (D) introduced the firing squad option and argued that it presented “the least painful” execution method to the inmate.

“The death penalty is going to stay the law here for a while,” Harpootlian said. “If we’re going to have it, it ought to be humane.”

State officials added protocols for carrying out the executions. The three shooters will all be volunteers who are employees of the Corrections Department. Their rifles will be loaded with live ammunition and their weapons trained on the inmate’s heart.

South Carolina is one of eight states that still uses the electric chair for death sentences. It is one of four to allow a firing squad, along with Oklahoma, Mississippi, and Utah. Only three prisoners in the United States have been executed using a firing squad since 1976; all took place in Utah.