Southwest and Marriott Top List of Most Recommended Travel Brands 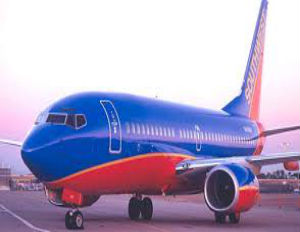 Traffic gets crazy around the holidays. Whether people are traveling by train, airplane, or automobile, holiday periods are among the busiest, long-distance travel periods of the year.

According to the Bureau of Transportation Statistics, during the Christmas and New Year’s holiday time frame, the number of long-distance trips (to and from a Â­destination 50 miles or more away) increases by 23%, compared to the average number of trips for the remainder of the year.

When it comes to the best stay during holiday travel, Marriott Hotels tops the list among the most recommended brands, according to theÂ Holiday Travel HabitsÂ National Survey by Pollfish, a real-time market research survey platform. Marriott was also named one of the 2016 Top 50 Companies for Diversity by BLACK ENTERPRISE, which measures companies against four key categories: percentage of African American employees; percentage of African Americans in senior management; ethnic minorities represented as board directors; and total procurement dollars spend with minority-owned businesses.

Other interesting findings of the Holiday Travel Habits Nation Survey include:

Price Matters Most When it Comes to Holiday Travel

Price matters the most, with 38% of respondents saying their choices are driven by price. Convenient departure and arrival times mattered most to 26%, while 17% said they go by as few layovers as possible. Least important to consumers is their favorite airline, only mattering most to 10%, and loyalty programs, at 5%.

Pollfish uses a net promoter score (NPS) to measure customer satisfaction and brand perception on a scale of -100 to +100. A positive, high score means consumers actively recommend the brand; a negative score could mean consumers actively dissuade friends. It seems people would rather stay at a hotel than use Airbnb.

When asked how likely they would be to recommend staying at a hotel chain or Airbnb for holiday travel to a friend or colleague, Marriott topped the list with an NPS of +8, followed by Hilton +5, Hyatt -8, Starwood -22, and Airbnb -51.

When asked how likely would they recommend a particular airline for holiday travel to a friend or colleague, no brand received a positive score. Negative NPS results across several major airline brands highlighted the complicated nature of holiday travel. Still, on top was Southwest with an NPS of -12; followed by Delta with -18; American at -22; United at -28; JetBlue with -39; and Virgin America with -48. Despite the hassle of holiday air travel, people are willing to brave it forÂ the positive trade-off of spending time with friends and family, notes Pollfish.

Facebook is the Top Choice for Praising and Bashing Brands