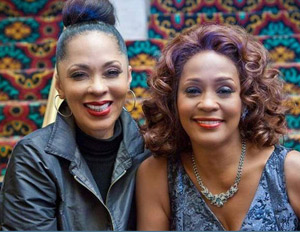 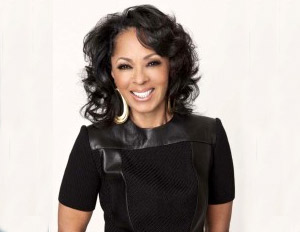 There are a small number of Black female producers in Hollywood who have been able to stay relevant and profitable; Halle Berry, Oprah Winfrey, Tracey Edmonds, Queen Latifah and then there’s Debra Martin Chase. Her name may not register with the general public the same way as the aforementioned women, but her credits speak for their self: Cheetah Girls, Cinderella, The Sisterhood of the Traveling Pants, 1 and 2, Princess Diaries, 1 and 2 and most recently, Just Wright. Some may consider her work “chick flicks,â€ but Martin Chase makes movies for a living and the living is good.

Still an artist at heart, the movie veteran is producing two films set to release in 2012 and one on 2013; Sparkle, starring Jordin Sparks and the late Whitney Houston in her final theatrical performance; Dirty Dancing with director Kenny Ortega and Elixir, another Sanna Hamri collaboration. BlackEnterprise.com caught up with Martin Chase on the Detroit set of Sparkle as she dished out lessons on Hollywood moviemaking and staying ahead of the curve.

As a producer, can you talk about your pitching process?

The pitching process has evolved over the years and certainly I’ve become savvier about how I do it. There was a time when I was younger and fresher and probably more innocent. I’d find a story and be passionate about it and I’d say, I’m going to make this movie. I’d go in and tell the story and do my best to sell it.Â  Now, I’m picking my projects and being smart about it; how you sell it, where you sell the project and also, the name of the game for me, as a producer, is that I have to make product. That’s what I do. The more product I make that’s good and that does well, the more power I have to do more things. In today’s marketplace, it really is about pitching how you’re going to sell the movie as much as it is about how good the story is.

Are musicals harder to sell to studios these days?

Actually, this period is the renaissance of the musical. MGM and old Hollywood was built on musicals [and became] some of the greatest movies of all time–from West Side Story to Funny Lady. And I always say that Bollywood,Â which is the largest film industry in the world, is really all about the musical.

Today you have Glee, which is a huge success; you have High School Musical, which again has been enormously successful with the best album of the year for two consecutive years. You have Hairspray, Chicago; you have had a lot of success with musicals. People are interested and Hollywood knows they’re interested. Actually selling a musical, particularly if it’s based on and existing property, which is really the direction that Hollywood is going in general–it actually gives you an edge.

How do you decide whom to work with once your projects are green lit?

It’s really important for me to work with good people. I start with a vision for something and you have to find people that share that vision and will build upon and expand it to places that I didn’t even imagine it could go. Also, you’re in bed with people for a long time. We [were] here in Detroit for a month. It’s just important for me to be around people who not only are immensely creative and talented but who are good people. That’s why I adore Salim [Akil] and Mara [Brock Akil] because they are just good people. This is the first time I’ve worked with a husband and wife combination. So it’s been very interesting to see their process. They very much so are respectful of one another yet very collaborative. And it’s just great to watch them work.