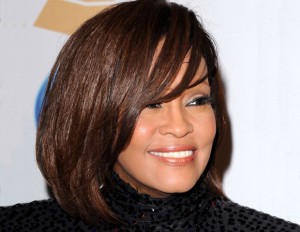 Sparkle will be Whitney Houston’s return to the big screen but this isn’t your first time working with her. When did you work with her previously? [Edit Note: This interview took place before Houston’s untimely passing.]

I ran Denzel Washington’s production company for four years when we had a deal with TriStar. During that time, I developed a movie called The Preacher’s Wife. It took four years and Whitney was attached from the very beginning. I got a chance to know her and her team. She’d done The Bodyguard and Waiting to Exhale and wanted to grow her company so it worked out. I’d started with Denzel right after his Oscar for Glory. Malcolm X was in the can. He was a very respected actor at the time and I took that journey with him as he became the legendary actor that he is today. And producing became less important to him because he was doing back-to-back movies; so it was during the production of a The Preacher’s Wife that I sort of transitioned. Martin Chase Productions has had a deal with Disney for 10 years. I’ll partner on individual projects but I’ve been doing this for a long time.

What the difference between Hollywood now versus 10 years ago?

Hollywood has changed a lot. Studios and production companies are now divisions of larger corporations so of course it’s all about the bottom line and making money. They need things to make money. It’s about commerciality. What happen to the music business a few years ago with the advancement of the Internet and technology is killing the movie business. Just a few years ago, DVDs were holding up the legs of major studios. There was a lot of money made in DVD sales, now those sales have gone away. I haven’t bought a movie in forever. Even our distribution system has changed. They are again trying to figure out how to get people back to the movie theater.

How do we get people invested again in the big picture experience?

That’s why there are so many historical titles making it to the big screen now, because people have some kind of recognition to the characters. I’m doing two remakes, Sparkle and Dirty Dancing next year. It’s a way to say that there’s a built in audience and if we can bring that audience back, plus another audience, we’re one step ahead of the game. My mentor in this business was a man named Frank Price, in retrospect, he’s one of the last of the Hollywood studio bosses and I just adore him because he wanted me to learn and he saw me as a part of his legacy. Frank was all about the story; we’d sit in a meeting and analyze what would work and what wouldn’t work in a story; versus now, it’s, “How do I sell this, what’s the one sheet on this, what’s the one-liner that I can hook my marketing campaign on.â€ It’s real but unfortunately where the business had gone.

Watch below as Martin Chase shares more of her insight on the movie business.

Shot and edited by Chapter3.tv