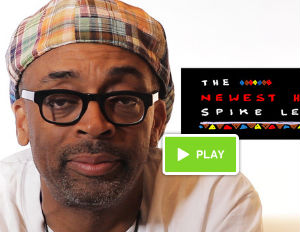 As you have probably seen, some controversy has come about regarding Spike Lee and his use of Kickstarter to fund his next project. Spike Lee addresses this on camera and gives us a bit of an exclusive.

Let us know what you think.

blackstar from FocusedStudios on Vimeo.