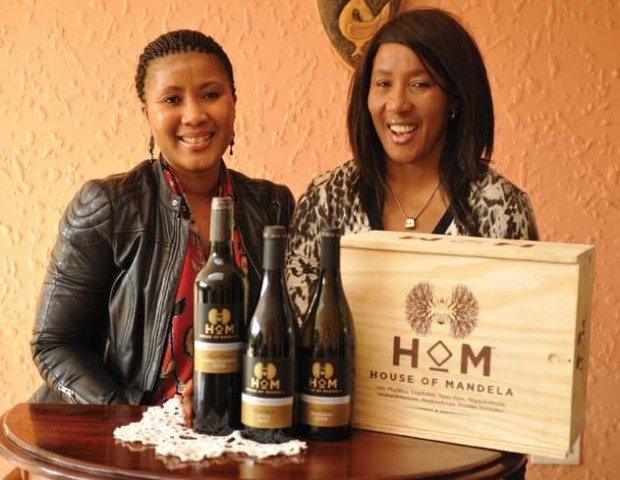 To many in the West, the name Nelson Mandela is synonymous with his role in dismantling apartheid in South Africa. To South Africans, Mandela’s clan name, Madiba, identifies him in terms of his history and Thembu lineage. He is descended from a king who once ruled Thembuland in the Eastern Cape, and also of a chief who ruled Mvezo.

It was in honor of their distinguished ancestry that Mandela’s daughter Makaziwe (from his first marriage, to Evelyn Mase) and his granddaughter Tukwini launched the South African wine company House of Mandela in June 2010. “Everything we do fits into our culture and who we are as a family,â€ says Makaziwe. She says that developing a wine brand–even one with a familiar name–required significant research, training, and effort, especially since neither of them had worked in the industry.

Despite their lack of experience (Tukwini has a background in sales and marketing, and Makaziwe has held leadership positions in economic and development organizations), “there was a deliberate effort to be involved in all levels of the winemaking process,â€ Tukwini says.

South Africa has a 350-year history of winemaking and is the seventh-largest producer of wine in the world.Â  Although the number of liters produced continues to increase, the number of primary producers has declined from 4,786 in 1991 to 3,527 in 2011. Roughly 33 brands are black-owned. “Our middle class is growing and the buying power in South Africa lies in the black community,â€ says Makaziwe. “But most haven’t figured out how to tap into it.â€

The Mandela women believe there are increasing opportunities for employment and entrepreneurship in the wine business. Although South Africans prefer beer, the country employs 275,600 people directly and indirectly in the wine industry. “We see this as an opportunity to help South Africa,â€ Makaziwe says. “Good things are coming out of Africa. This is our opportunity to show that African agricultural products can be appreciated throughout the world.â€

House of Mandela wines are available throughout Europe and in parts of China, and are distributed in the U.S. and Brazil by Heritage Link Brands.