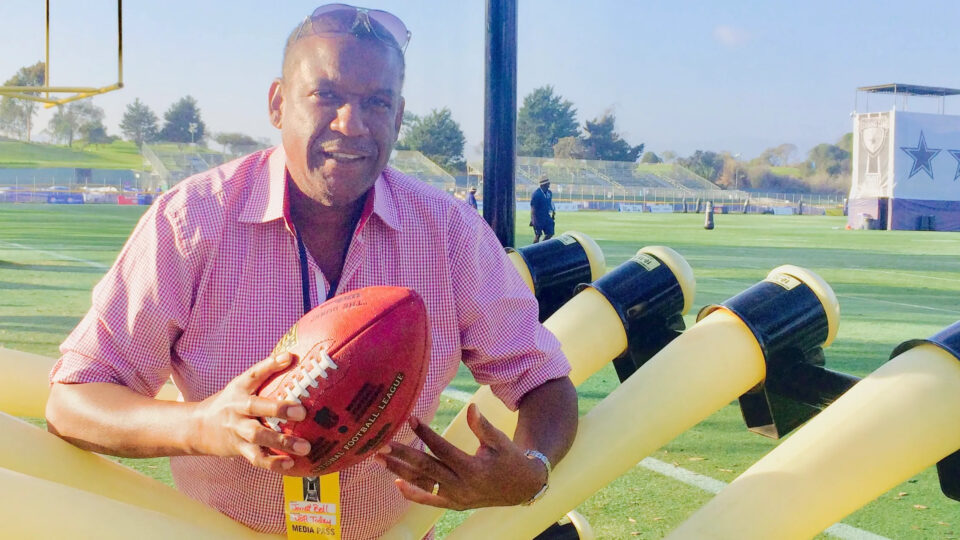 Jarrett Bell, a sports writer and columnist with USA Today, has been selected as the 2022 Bill Nunn Jr. Award winner by the Professional Football Writers of America (PFWA) for achieving a long and distinguished contribution to pro football through journalistic coverage.

Bell, who has covered the NFL since 1981 and has been with USA Today since 1993, is the 54th honoree and the first Black journalist to receive the honor, according to a statement released by PFWA. He’ll receive his award in August.

🚨NEWS🚨@JarrettBell has been named 2022’s winner of the Bill Nunn Memorial Award, which is presented annually to a reporter who has made a long and distinguished contribution to pro football through coverage.

The award is named after Bill Nunn Jr, a celebrated sports writer and editor who worked for 22 years at the Pittsburgh Courier, one of the most influential Black publications in the United States. He began in 1948 covering HBCU events and athletes with the Courier and organized the Black College All-America team for the publication in 1950.

Two years later, Nunn became the Courier‘s sports editor and was the managing editor when the Pittsburgh Steelers hired him as a part-time scout in 1966. He was promoted to the Steelers’ assistant director of player personnel in 1970 and remained with the organization until his death in 2014.

Bell, on his own path, continues to solidify his name and contributions into the world of pro football and journalism.

A Detroit native, Bell began in sports as a teenager at Olympia Stadium. Since then, he has edited and written for publications such as The Dallas Cowboys Weekly and The Dallas Times Herald.

According to USA Today, Bell has served as a member of the Hall of Fame selection committee, including the hall’s contributors committee, since 1997. He even played a part in the selection of the NFL 100 All-Time Team. The NFL columnist has also been the designated pool reporter for the PFWA at five Super Bowls.

From 2013 to 2017, Bell worked with ESPN as an NFL contributor, primarily serving as a panelist on NFL Insiders.

Bell has received multiple writing awards from the Pro Football Writers of America, including Dick Connor Writing Awards. He won a first-place honor from the Associated Press Sports Editors in 2020