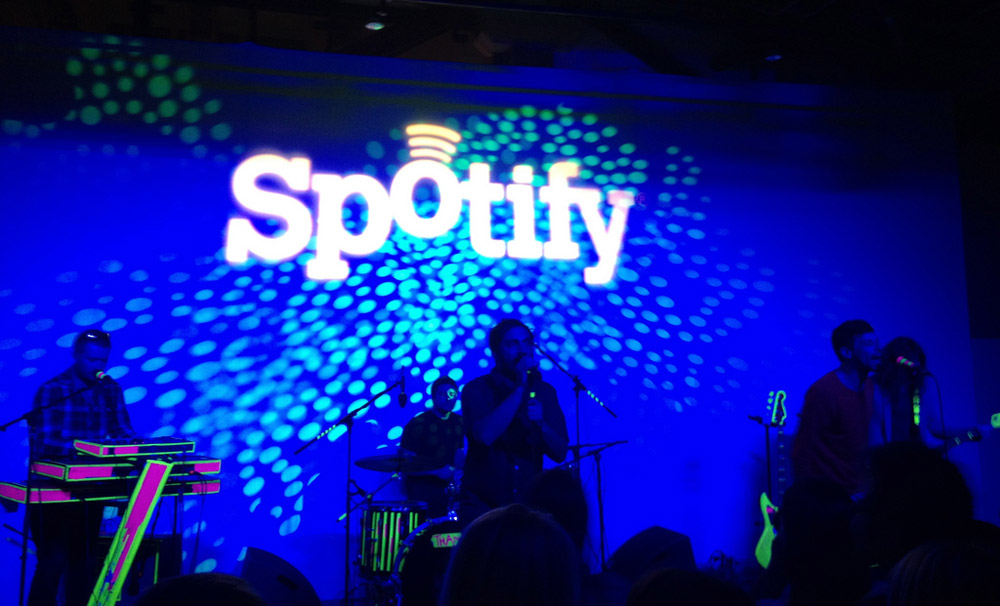 In less than a week, Spotify upgraded from its version 1.0 to version 2.0.

First came its partnership with Starbucks, in which baristas at the ubiquitous coffee chain will be granted premium Spotify memberships, according to Music Business Worldwide. The goal is for the folks who are taking your mocha orders to also curate tunes in addition to coffee makers pushing premium memberships to the service, which cost $9.99 a month.

The push follows three months after Starbucks ended its sale of physical CDs in its stores. And Spotify users will be the first third-parties to access some of the perks of Starbucks’ loyalty program, meaning they can earn free food and drinks, in addition to hearing Spotify exclusives.

But the partnerships don’t end there. The music streaming service is now also a video streaming service. Spotify on Wednesday announced that it would now feature video content from the likes of Turner Broadcasting, ABC, BBC, ESPN, NBC, TED, MTV, Vice, Slate, Comedy Central and Fusion, according to Adweek. The additional platform will find Spotify competing against the likes of YouTube, but also Facebook, which has in recent months becoming a bigger player in the space.

In addition to the above networks’ content, The Hollywood Reporter says that new original video and audio content will be available, including a new music show (audio), artist-presented from the likes of Tyler the Creator and Odd Future, podcasts, and a comedy-dance show and a food-meets-music show.

As Apple moves to revamp its Beats Music Service, Spotify seems to have come out and established itself as a big player in the streaming industry, confidently going toe to toe not just with the biggest tech company in the world, but some of the largest entities in the digital age.