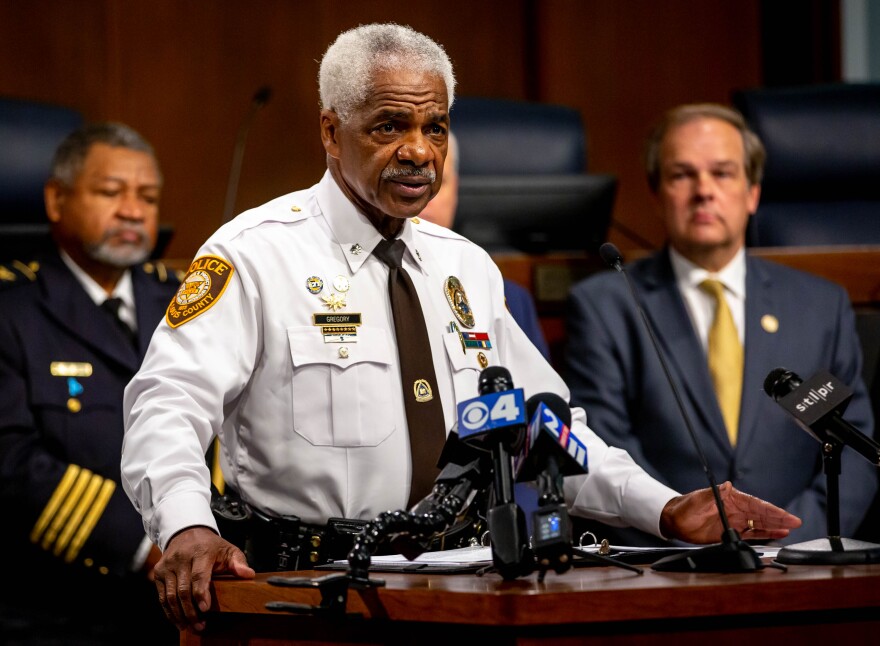 From teacher to deputy chief, 70-year-old Kenneth Gregory is still championing for his city as the St. Louis County Police Department’s 10th chief and first Black man to lead what is today the St. Louis region’s second-largest police agency.

According to The News & Observer, Gregory acted as deputy chief to former Chief Mary Barton before handing in her resignation. She left her post following an agreement to drop a discrimination complaint against the county in exchange for a $290,000 settlement.

The St. Louis County Board of Police Commissioners, a panel of civilian appointees who oversee the department and have sole responsibility for appointing the chief, made its decision to select Gregory after it “engaged in extensive discussions.”

The St. Louis Post-Dispatch reported that Police Board Chair Brian Ashworth said while announcing the decision, “the department has not only stabilized, but grown in a positive direction under his command,” since Gregory became acting chief in July.

Throughout his policing career, Gregory devoted 42 years to the St. Louis County Police Department. He worked and served in leadership roles in almost every police unit, including as director of the St. Louis County and Municipal Police Academy, the commander of the criminal investigations, special operations, patrol divisions, and more.

“I never would have thought that I’d be standing here as the chief of this department 42 years ago,” Gregory said at a board meeting.

“Forty-two years ago, no one would have given this department a look to see that a man that looks like me would be the chief of the St. Louis County Police Department.”

Before joining the police department, Gregory taught sixth grade for about five years in the Jennings School District. However, when the teaching requirements changed, he joined the St. Louis County Police Department in December 1979.

“I had never thought in my life that I would be a policeman, but I got on the department, and the profession has just grown on me,” he said.

The Ethical Society of Police of St. Louis, an organization comprised of minority police officers that advocate for racial equity in the department, issued a statement congratulating Gregory, per the St. Louis Dispatch.

“We look forward to working collaboratively with him to dismantle many of the practices and policies that have created barriers to employment for minorities as well as damaged relationships within marginalized communities,” the statement read.