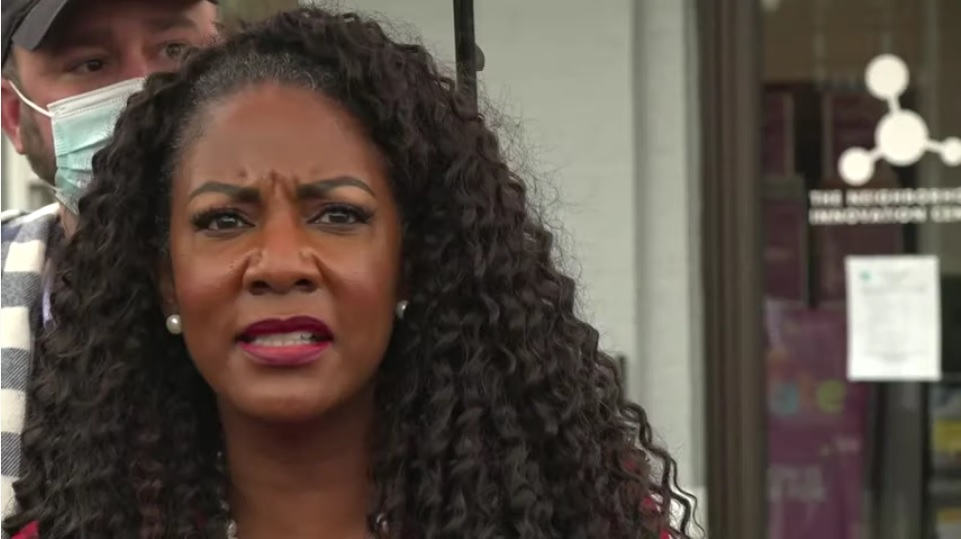 A press conference held by St. Louis mayor Tishaura Jones and Kansas City, Mo. mayor Quinton Lucas about their joint efforts to curb crime in their cities was interrupted by gunfire on Friday.

And Jones took that as an opportunity to drive home how much a new approach to crime prevention was needed in her hometown.

“I hear gunshots in my neighborhood every night,” she said to reporters. “My son and I fall asleep to the lullaby of gunshots in the distance every night. ‘Cause I’m the first mayor in 20 years to be born, raised and still live in North St. Louis. And it’s unfortunate: yes, I heard it; but I didn’t flinch. Because I guess it’s a part of my life now.”

The press conference was one of several meetings between the two mayors as they discussed common issues in their cities, which lie approximately 250 miles apart. According to NBC affiliate KSDK, just ahead of their address to the media, the two met with community advocates and a representative from the Department of Justice, about “the importance of community violence intervention programs and the importance of addressing root causes of crime to improve public safety.”

Following the interruption, the two mayors and the group of journalists with them were guided on a tour of the neighborhood by the head of community organization Cure Violence. Jones and Lucas both specifically pointed to the idea of being able to resolve certain community conflicts and issues by dispatching civilian interventionists rather than police.

Lucas told the press that he sees a lot of positives and approaches in St. Louis that his city might find beneficial.

“If there’s something that I saw in St. Louis last night,” Lucas added in a video captured by local station KMOV. “it was seeing social workers, healthcare workers who were out there de-escalating and dealing with situations in our community, helping relieve some of our police officers.”

The goal is to move the city of St. Louis to a system in which healthcare workers are able to operate independent of the police in certain scenarios, as she witnessed in Denver, Co., Jones told reporters.

Despite the eventful press conference, both St. Louis and Kansas City have seen a decrease in crime over the last year.