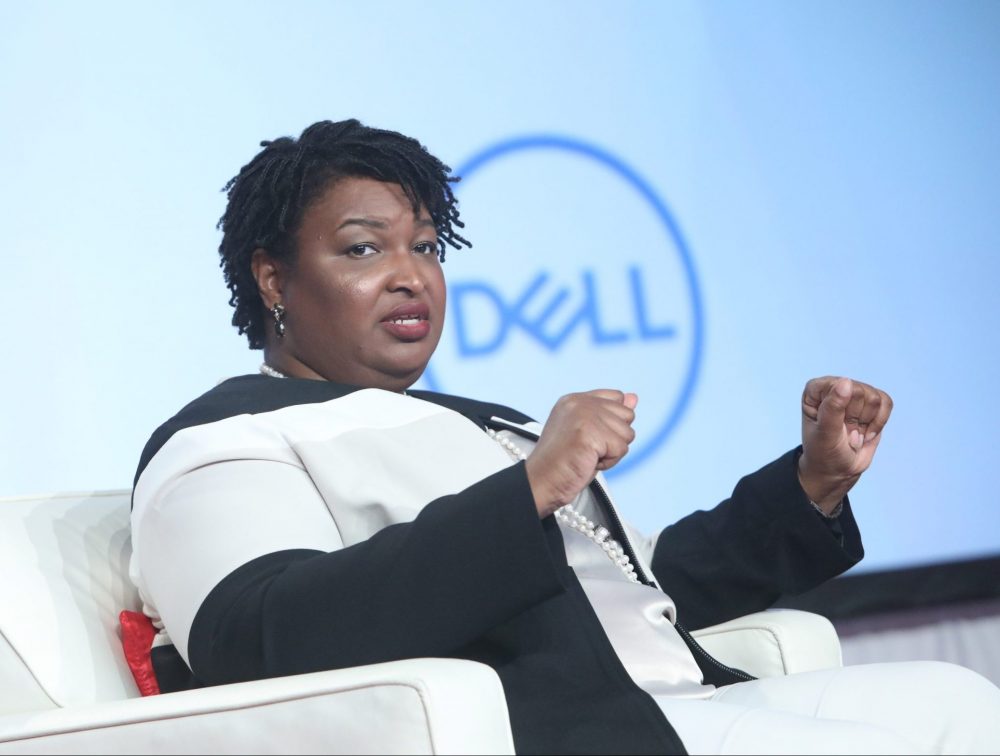 Stacey Abrams deemed Republican Gov. Brian Kemp as “dangerously incompetent” after he announced that Georgia’s economy would begin to reopen this Friday.

The governor announced Monday a new order to lift coronavirus restrictions that will allow hair salons, bowling alleys, gyms, and tattoo parlors in the Peach State to open for business starting April 24, reports The Associated Press. By next week, restaurants can begin to resume some in-house dining services and movie theaters will be allowed to start showing films. Under the order, all open businesses will be required to have employees wear masks and gloves, test the temperature of workers, and enforce social distancing between customers.

In response, Abrams blasted Gov. Kemp’s decision in a tweet that highlights that Georgia has nearly 19,000 confirmed cases and 733 related deaths.

On Tuesday, the former Democratic Georgia gubernatorial candidate went on to criticize her former opponent as “deeply problematic” during an interview on CBS This Morning.

“There’s no legitimate reason for reopening the state except for politics, and I think it’s deeply disingenuous he would pretend otherwise,” Abrams told CBS This Morning anchor Gayle King.

Abrams argued that the high number of infections and slow testing rates is a signal that the lockdown needs to be kept in place. She also claimed the state’s health infrastructure could not handle another influx of COVID-19 cases.

“We’re not ready to return to normal,” she said. “We have people who are the most vulnerable and the least resilient being put on the front lines, contracting a disease that they cannot get treatment for.”

She continued, “We have swaths of Georgia where we have no hospitals, no doctors and no relief,” she said. “And the governor’s refusal to expand Medicaid means we haven’t gotten the new infusions of cash to prepare us for the pandemic.”

Abrams also noted that low-wage workers would be at an increased risk of infection once the lockdown is restricted, stating they “will be compelled to go back to work in order to keep their jobs.”

Abrams, who is reportedly being considered as the Democratic vice-presidential candidate, also announced Tuesday that she is backing the “Project 100” campaign, which aims to give $1,000 to low-income families during the pandemic.

“The most economically vulnerable are struggling to survive, unable to afford groceries or medicines for their children, let alone cover utilities, car payments, and rent,” Abrams said.

“Project 100” is an effort organized by nonprofit GiveDirectly, software company Propel, and education advocacy group Stand for Children. Its goal is to send 100,000 families receiving Supplemental Nutrition Assistance Program (SNAP) benefits direct cash payments within the next 100 days. The group says it has already raised $55 million as of Tuesday.

In addition to Abrams, the campaign is also backed by Andrew Yang, Ariana Grande, Rihanna, Halsey, and Stephen Colbert.