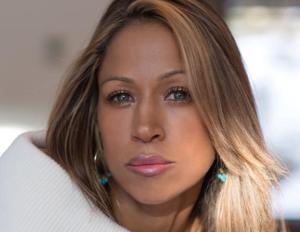 Black Twitter wasted no time mocking Stacey DashÂ after it was revealed that Fox News decided not to renew its contract with the controversial political pundit. On Sunday, the conservative cable news networkÂ confirmed to The Hollywood ReporterÂ that the 50-year-old actress will not return to their station as one of their talking heads. Fox also revealed that Dash, who made her Fox debut in May 2014, has not been featured on their network since September.

Although Dash is best known for her role as Dionne in Clueless, the star has become notorious in recent years for making inflammatory statements and attacking people like former President Barack Obama and Caitlyn Jenner. Back in December 2015, she was briefly suspended from Fox after she slipped up on-air by saying that Obama didn’t “give a s–t” about terrorism.

Then, in June 2016, Dash raised eyebrows again, when she made transphobic comments about Caitlyn Jenner during an interview with Entertainment Tonight.Â “Go [to the bathroom] in the bushes. […] I’m not going to put my child’s life at risk, because you want to change a law, so that you can be comfortable with your beliefs–which means I have to change my beliefs and my rights? No,” she said.

Dash has also said that we should “get rid of channels like BET,â€ and she has stated that there “shouldn’t be a Black History Month.â€

As a result, Twitter showed the actress no mercy:

The Black president is gone and so is Stacey Dash’s job. Coincidence? I think not. pic.twitter.com/MNre6ADU8b

What are your thoughts on Fox News’ decision to dismiss Stacey Dash? Please share in the comments!