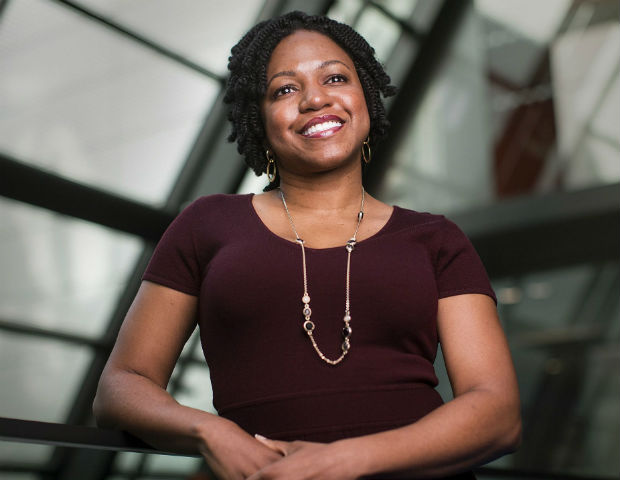 Stacy Brown-Philpot, the COO of TaskRabbit, has been named CEO of the company, reports re/code.

[Related: THIS BLACK ENTREPRENEUR HAS “SECRETâ€ FORMULA FOR WEALTH CREATION]

Brown-Philpot is taking over the position from current CEO and founder Leah Busque.

“Stacy is someone who knows how to scale and build the kind of strong partnerships we need to really grow,â€ Busque told re/code’s Kara Swisher.

In a statement to Black Enterprise, Brown-Philpot said, “I’m incredibly honored to be stepping into the CEO role at TaskRabbit.”

“I decided to join as COO three years ago and was inspired by how TaskRabbit was paving the way as a pioneer in the sharing economy. Looking to the future, TaskRabbit will change the face of how work gets done everyday, and I couldn’t be more excited to get started.”

Brown-Philpot stepped into the role as TaskRabbit COO in 2013. Prior, she had worked for nine years in various management roles at Google before taking a position as an entrepreneur-in-residence at Google Ventures in 2012.

She was the first COO for TaskRabbit, an online service matching freelancers to consumer demands such as handiwork, child and pet sitting, cleaning services, and more. TaskRabbit raised $38 million in five years.

She also served as Head of Online Sales and Operations for Google India, where she was in charge of remote sales and support for the company’s key customers.

Last year, Brown-Philpot was a highlight speaker at Black Enterprise’s inaugural TechConneXt summit. She spoke on a panel about ascending to the C-suite, executive career level.

On the panel, Brown-Philpot attributed much of her success to her willingness to move abroad and spoke of how beneficial her time in India was for her career.

“I got leadership opportunities that I wouldn’t have gotten had I stayed where I was,â€ she said at the event.

She also spoke about her mentors. She said at TechConneXt that Facebook COO Sheryl Sandberg is an ongoing mentor. It was a relationship that she has built over the years from when she first interviewed for Google and Sandberg was then a VP. “For four and a half years we built a strong working relationship. I was a part of her staff as her . . . business partner,â€ she added.

“I was helping her solve problems. She started to trust me to make decisions on her behalf. I made good decisions and then I started making bigger decisions. She bought me in to manage a 200 person team. Eventually, I graduated from her and went out on my own, but I can still call her for advice.â€

With the promotion to CEO, Brown-Philpot becomes one of the most powerfulÂ (and few)Â black executives in Silicon Valley and in the whole of the technology industry. She joins a rare group which includes Silicon Valley legend Ken Coleman, Lo Toney of Google Ventures, and David Drummond, Google’s lead counsel.