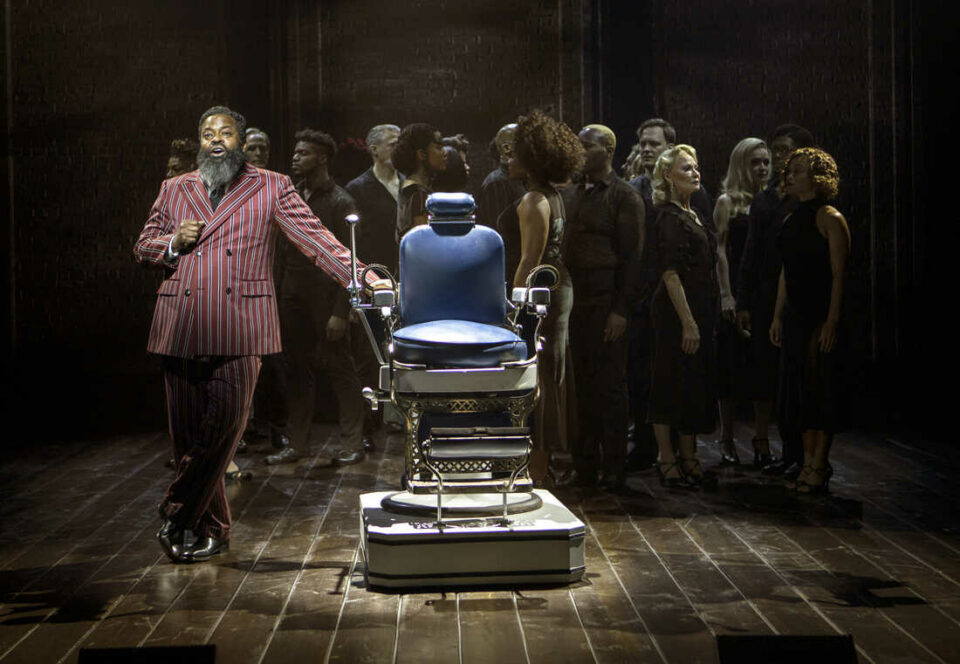 A satirical new musical examines what it would be like if there were a machine that could transform Black people into white people.

Black No More is an off-Broadway play inspired by the Afro-futurist novel of the same name and written by Academy Award-winner John Ridley (12 Years a Slave) and directed by Scott Elliot. Presented by the New Group and set during the Great Depression, the play and book examine race in America if there were a scientific machine that could turn Black people white, NPR reported.

“I think that what they’ve come up with is a really fascinating morality tale,” ELLIOT said.

Tariq Trotter, aka Black Thought of the Roots, wrote the show’s opening line and most of the production’s music. He also plays the key role of Dr. Junius Crookman, the inventor of the Black No More machine that can turn any Black person white for $50.

“This is Harlem/The Big Apple’s Core/Seventy or more years before there were any Apple stores,” Trotter says to set the opening scene.

He goes on to explain how Dr. Crookman believes “this Black No More device is the solution to race relations in America.”

“I think the line is ‘to solve the American race problem as we know it.’ But yeah, you know, I don’t think a solution is ever reached.”

The creative team behind the play had to look past the satirical tone of the original 1931 novel by George Schuyler. At the time the book was written, Schuyler took aim at white supremacists, politicians, and prominent figures from the Harlem Renaissance.

The play’s choreographer, Bill T. Jones, admitted to being offended by the original novel but inspired enough to format routines around Ridley’s script.

“When I read the novel, I must admit I was kind of pissed off about it,” Jones siad. “Yeah, I like bad boys, too. I don’t like smart asses, of course, and particularly when they’re Black ones making fun of Black people.”

Following the main character of Max, a man beaten down by racism in his job and romance who decides to go through the Black No More process. Once transformed into a white man, Max ends up in Atlanta, where he becomes a leader in a white supremacist organization called the Knights of Nordica.

“It is purely about perception in both its literal and figurative sense,” said Brandon Victor Dixon, who plays Max.

“People see him as white. He sees himself as white, but he’s still the same guy making the same mistakes. Like, nothing has changed.”

The off-Broadway musical opens on Tuesday.