Stand Up and Be Counted for True Diversity - Black Enterprise 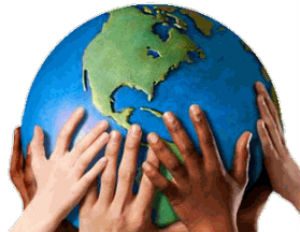 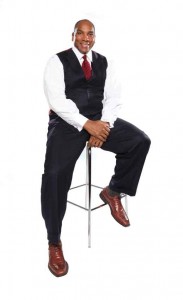 I fully believe in the power of corporate inclusion. For American industry to be globally competitive, it must offer unfettered access to those who possess the qualifications, talent, and drive. Studies–including those referenced in this issue’s special report, “Top Executives in Corporate Diversityâ€–have proved that corporations can be transformed into dynamic, innovative, and profitable entities if they infuse diversity across their workforce, leadership teams, corporate boards, media spend, and supplier pools.

I have been extremely disappointed with today’s corporate culture of exclusion. Truth be told, the overwhelming majority of our nation’s largest companies don’t even pay lip service to diversity. In fact, they often view it as a dirty word. Many others engage in what I view as a watered-down, “check-the-boxâ€ approach, and are content with token representation. To be blunt, diversity, amongst the worst practitioners, is nothing more than a diversion from effective corporate governance.

Our numbers have been reduced as our position continues to be diluted–from the plant floor to the boardroom. The following statistics tell the story. Despite the economic recovery, the U.S. Labor Department reports that African Americans trail every group in private-sector job participation. African Americans remain underrepresented in senior management ranks–most notably within the C-suite: the Executive Leadership Council, the most prominent network of leading African American executives, reveals that we hold only 3.2% of senior executive positions and just a tad more than 1% of CEO slots at the largest publicly traded companies. As for suppliers, a 2010 congressional Corporate Diversity Report found that African American businesses represented a mere 2.58% of total corporate procurement–the smallest slice of the pie. And as indicated in our special report on black corporate directors last year (see our July/August 2013 issue), the percentage of black corporate directors continues to slide. In fact, 30% of the 250 largest corporations don’t have a single African American board member.

Silicon Valley continues to be one of the worst offenders: Roughly one in 14 tech workers is black, while African Americans make up 13.1% of the population. Rev. Jesse Jackson recently led a delegation to Hewlett-Packard’s annual shareholder meeting; he also wrote a letter to Apple, Twitter, Facebook, and Google, among others, to bring attention to this exclusionary pattern in hiring, procurement, media selection, board selection, and investments.

I applaud such action and advocate that we, individually and collectively, continue to employ such tactics. We can ill afford to be complacent while companies practice an illusory form of diversity by showcasing the success of a few as doors of opportunity slam shut to others, many of them exceptional and promising African American talent.

We must stand up and be counted.

Corporations enjoy record profits by tapping into our $1 trillion-plus purchasing power. So … if we are responsible for delivering 15% of a company’s market share, is it unreasonable to demand that African Americans represent 15% of that company’s workforce, senior executives, corporate directors, procurement dollars, media dollars, and community investment? No longer can we reward such a lack of reciprocity with our consumer dollars.

Stand up and be counted.

As I have stated before, those of us who hold positions of influence as senior managers and corporate directors should do more than just occupy a seat. We must play an active role, too, in supporting organizations that advocate on our behalf using dollars and sweat. When it comes to access, fairness, and opportunity, we must use our positions and power to stop this marginalization and neglect.

Stand up and be counted.

By asserting ourselves, and promoting accountability, we ensure that corporate America will become even more robust, expansive, and inclusive. We ensure that talent, wherever it resides, is not overlooked. We ensure the advancement of our people and the nation.