Star Jones Talks NAPW, 'Leaning In' and Her Next Phase 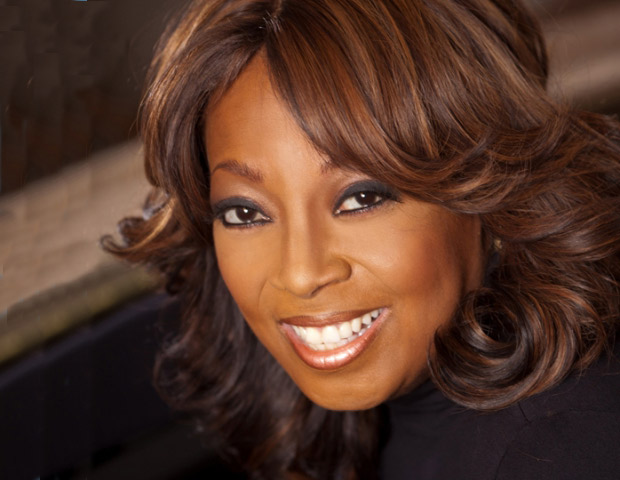 Talk about inspiring!!! As a media professional (and editor) I typically keep exclamation points to a minimum, but I just can’t contain my excitement about what I witnessed today at the National Association of Professional Women‘s (NAPW) National Networking Conference in New York. Hundreds of power women from across the nation gathered to network and be inspired at the Sheraton New York Times Square Hotel, where they not only attended the keynote event but workshops and panels that facilitated learning and empowerment.

I caught up with Jones (@StarJonesEsq) before the event, where we chatted about her new post as NAPW spokeswoman, the oh-so-popular ‘lean in’ dynamic in today’s male-dominated business world and her next career phase.

BlackEnterprise.com: Everyone’s abuzz aboutÂ Facebook COO Sheryl Sandberg’s idea of ‘leaning in.’ As hundreds of professional women gather for this event, this is a more than relevant topic. What’s your take on how ‘leaning in’ applies to all women—particularly women of color?

Star Jones: There is always the concept of wanting to advance and ‘lean in’ professionally, depending on what is going on in our lives.

Women of NAPW—just like the women of America— are not a monolith. … We may be united by common goals and aspirations, but some of us are single parents, we come from different backgrounds, we have different income levels, and some of us have been on what I call an on-ramp for all of our professional lives, where we’re climbing that ladder of corporate success. These factors affect our opinions and decisions on how far we want to actually lean in.

My approach to my career has been to lean in from day one. As an African-American woman, I don’t have the luxury of not leaning in. When you’re an African-American professional woman, you know all the things you’re going to come up against. You almost walk into the room at a 45-degree angle—that’s how leaned in you are.

I completely admire Sheryl Sandberg, and I completely understand her insights. Women do have to ask for what we want. … But, I acknowledge that we as women have different needs and desires at different times in our lives, and sometimes leaning in just might not be a possibility.

Some women are push-push and others like to lay in the cut. One of the great advantages of feminism is that there’s room for every kind of woman, which is what the NAPW mindset is. We want to give women the tools, resources and support so that they can make the choice of when and if they want to ‘lean in.’

With an organization like NAPW, networking is a primary theme. How can women tap into the power of quality networking and not only meet people, but build solid, long-lasting relationships?

We are more than 400,000 women, with almost 400 chapters across the country that represent a variety of women. … We give you a place where you can come and share with other like-minded women. Every single person is actually interviewed on the phone before they become a member, so we know who you are, what business you’re working toward or for, and what you’re hoping to get out of this organization. So, it’s not just a matter of you posting what you do or what you want. We actually have a little control over that, and that helps a woman feel she’s getting something out of the networking relationship.

Networking is not just about getting together for the hook-up but about finding like-minded women you can take inspiration from and you can learn from.

It’s awesome to connect with fellow women, but some tend to connect only with those they have the most in common with, especially in terms of race and socioeconomic status. What’s your take on diversifying your network?

Diversifying your network is vital. It’s one of the things I love about NAPW. I’ve had the awesome opportunity meet and greet women I would never typically be in the same room with. For example, I might be meeting my lawyer, doctor and CEO girlfriends, but might not be in room with women starting their own businesses or who have had a change in their life circumstances. I learn from those women just as much as I learn from some of my sisters in Corporate America. What you don’t want to do is walk in with the mindset that you can only learn from one kind of woman. Opening your mind up to what fellow women, in general, can bring to you, your career, and your success is very beneficial.

The last I spoke to you, you were advocating for heart health among women— a cause you also talked passionately about at the event—and you’d just finished your third book, Satan’s Sisters. What’s next for Star Jones?

I’m very much enjoying this new phase in my career. In the first phase, I was—and still am— a lawyer— a trained litigator—and in the second, I moved into television journalism, from a legal perspective, and a talk show. Luckily I was able to tap into my writing abilty and went into that career.

Now plans are in the works to turn Satan’s Sisters into a TV movie. And I have a new venture that will take me into a more entrepreneurial arena. I’m also taking on an additional role at the NAPW that’s going to allow me to be more of a women’s advocate, and I’m going to [continue to work with] the American Heart Association. One of the things we say to members is that you need to figure out your personal brand and what you want to convey to the world about you. My personal brand is that of a professional woman who is dedicated to equalizing those at the table and providing opportunities for us all. Everything that I do is designed to advance that personal brand.