Staying Open During a Disaster? What to Consider 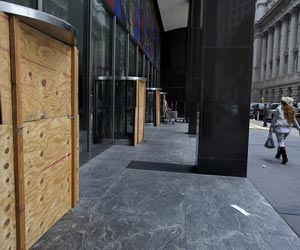 As Hurricane Sandy bears down on the eastern seaboard, thousands of businesses large and small are faced with dilemmas relating to doing business before, during and after a potential state of disaster. Some businesses have no choice, as their staff is unavailable to reach work, due to the transit system in many major cities being shut down. Other places such as the NYSE and Nasdaq took the preemptive move of shutting down ahead of time. Other businesses will soon be faced with the same hard decisions.

Business owners need to use common sense and balance the safety and security of their employees versus the needs of their customers. The priority given to the needs of one’s customers often depends on what services you offer. If your business sells generators, water & other needed goods required during an emergency, your sense of social obligation may make you stay open as long as you (and your staff) can safely run your business. However, owners also have to decide if they’re going to require their staff to work before, during and after a natural disaster. If being at work will pose a danger to your employee’s health and safety, forcing them to come to work is not only dangerous, it’s ethically wrong and irresponsible. In some cases, the problem lies in getting to work, as workers will be forced to use other means of transportation if mass transit is not operating and more than likely look to you to reimburse the cost of rental cars or cab rides.

While closing may be the best option for some businesses, it’s not ideal for others. In some cases, keeping your business open may garner goodwill from the community or allow a competitive advantage as your competitors close. In cases such as this, it’s easy to allow the idea of profit to cloud an owners judgment. The decision as to which course of action to take during a disaster is not an easy one, but if an owner carefully weighs their options, they can successfully make the right choice.