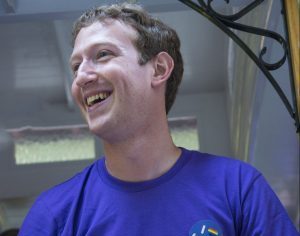 Facebook founder Mark Zuckerberg shared with his audience that he built an artificial intelligence (AI) platform to automate his home.

In a video posted on his Facebook wall, Zuckerberg demonstrates how his home is controlled by a voice-activated assistant, automating almost all household tasks, and even speaking to him.

The voice of theÂ virtual assistant is none other than actor Morgan Freeman. About a year ago, Zuckerberg asked on his page who should be the voice of his AI platform, and the resounding response was Freeman.

Upon waking, the AI assistant tells Zuckerberg, “Good morning, Mark. It’s Saturday, so you only have five meetings,” indicating that the assistant has synced with the calendar on his smartphone. Then, the assistant adjusts the house’s temperature to Zuckerberg’s preference– a cool, 68 degrees.

The assistant even notifies him when his baby daughter, Max, wakes up. “Max woke up a few minutes ago, I’m entertaining her,â€ it says. The assistant then practices the Mandarin language with the toddler.

The AI he built is truly remarkable and indicative of the world of Internet of Things (IoT) to come. Just about everything in the home of the very near future will be internet-connected and automated–from letting you know your agenda, for the day to making your breakfast.

Here is the video:

In another video, Zuckerberg’s wife shows what it’s like to have an AI-controlled house with a virtual assistant. In one clip she asks Jarvis, the AI assistant, to turn the house’s temperature up, and Dr. Doom-er, Mark Zuckerberg, says, “Jarvis only listens to me.â€

Yet another video tells the story of the automated Zuckerberg home, from the perspective of the virtual assistant, Jarvis.

“I’m a brilliant mind, stuck in this phone,â€ Jarvis laments.