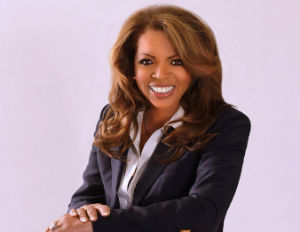 Bill Duke’s 2011 documentary Dark Girls sparked a much needed conversation within the black community about the issues of colorism and its impact on how we interact with each other. Now, in an effort to show that there are two sides to every story, the filmmaker is offering up a sequel to the documentary that sheds light on the pain, misperceptions and privileges that light-skinned black women face.

To help with the production of this documentary, Duke tapped award-winning broadcast journalist and owner of FGW Productions & Transmedia, Stephanie Frederic to help him properly tell the stories of women who’ve faced discrimination for being of a lighter complexion.

BlackEnterprise.com caught up with Frederic to get insights on what it was like working with Mr. Duke, why Light Girls is a must see for everyone and why this documentary shaped up to be one of the hardest career projects that she’s worked on to date.

BlackEnteprise.com: How did the opportunity come about for you to work with Bill Duke’s on the documentary?

Stephanie Frederic: I have to tell you, Bill Duke’s gave me a call and he said, “Will you come help us out on Light Girls?” I had just wrapped all of the promotions, marketing and behind the scenes for Ride Along with Kevin Hart and Ice Cube and I really wanted to take a break. But Bill called me and I met with him twice. My plan was to tell him no, but every time I thought about the project I said I can’t tell him no because in essence, this is my family’s story. So I wanted to make sure that it was done right. I wanted to make sure that it was told properly. I wanted to make sure that the right people were involved, and I knew that as a producer I could bring together the right people to tell the proper story.

RELATED: OWN Airs Documentary About Pain Of Light Skinned Women On MLK Day

Why do you think it was so important for you guys to follow up Dark Girls with this project?

Well two things. I didn’t work on Dark Girls, but I did watch it and I watched Oprah’s special that she had afterwards where she talked about colorism. From Dark Girls we saw that there is pain, but there is another side to the story. There is also pain on the other side. You will see from the hundreds of women we interviewed that a lot has transpired. A lot of women have been abused, a lot have been hurt, a lot have been bullied. There are psychological scars behind this. We got to dispel the myths that we’ve had this privileged life. That life has been good and that all the guys want us, or that we get preferential treatment. That may work for some, but it hasn’t been that way for a lot of women. Some women have been abused because they are light skin. Sex traffickers prefer a light skin women. There is a girl who got her neck sliced in a club because she’s light skin with long hair and green eyes. Why would 4-5 girls approach her like that? They told her why they sliced her neck. They said, “You think you’re cute. You’re not really black. Don’t look at my man.â€ So there is pain on both sides.

What was the process like working on this project?

This was the hardest documentary I have ever produced because there wasn’t one interview session that went by where tears weren’t flowing. On an average documentary we do about 30-40 interviews, but Bill had us interview over 250 people because there were so many stories and so many experiences. I mean I was kind of shock. I’m a light skin girl. I’m from New Orleans. I know what this is all about. I’ve lived this, but there are a lot of people who have had experiences way worse than mine. I was teased, and it’s one thing to be teased, but it’s another thing to be abused. There is a woman out in Detroit who is over 60 years old who does not like dark skin women to this day because eight dark skin girls beat her up every Friday after school because she was light skin. I mean she’s holding on to that anger and I guess that’s really what I was surprised about. How people can hold on to anger for so long and be so bitter. And so I see why there is this team light skin vs. team dark skin that you’re hearing about. It’s really interesting hearing women tell me they were pushed to have a light skin baby because they don’t want their baby to go through what dark skin women went through. And yet, you see light skin women saying “Oh no! I’m going to get with a dark skin guy because you don’t know our problems.â€ And it’s like really the grass isn’t greener on the other side. So to me, we all have to come together and have an honest conversation so that we can heal. I do think there is a healing process in telling all of these stories.

Click the next page to learn how the documentary will shed light on colorism abroad.