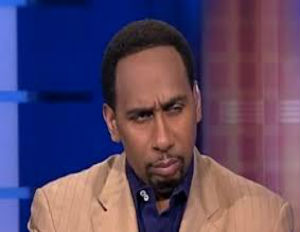 Even though there’s audio for all to hear, ESPN’s Stephen A. Smith released a videotaped statement today claiming that he did not say the n-word during a Tuesday morning segment of ESPN’s First Take.

Smith joked during the segment, “Opening night. Kobe Bryant is going to miss it because, ‘my foot is sprained?’â€Â He then went on to say, “Are you crazy, ni**a please.â€ ‘N*gga please’ is commonly used to express disbelief in African-American vernacular, and is used in a way similar to “Get the f**k out of here!’ or ‘No way!’ is used.

In his videotaped response to the n-word accusation, Smith’s only explanation for the comment is that “he’s a New Yorker” and he talks fast. Smith does not, however, clarify what he meant to say or what he was trying to say when his words were as he says “misconstrued.”