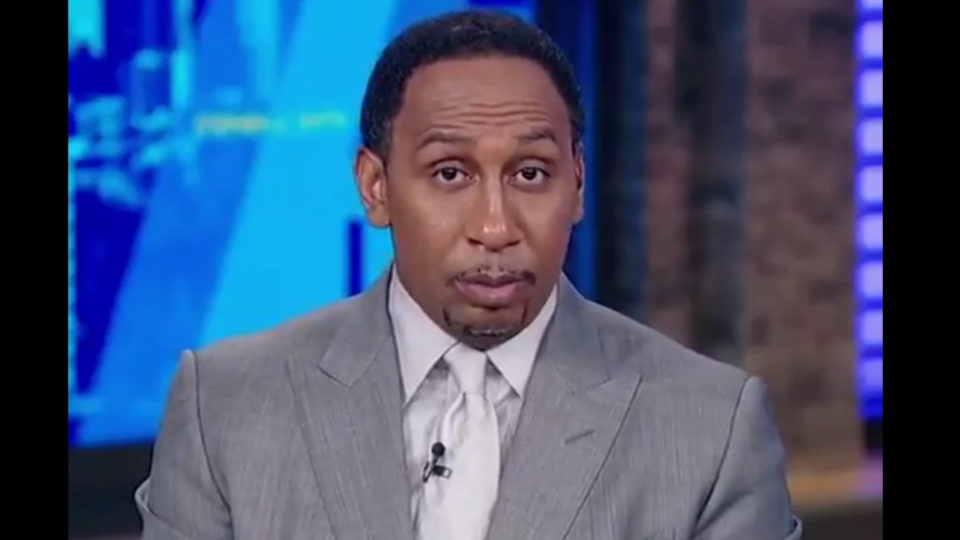 Tennis professional Naomi Osaka returned to speaking to the media after her brief hiatus to reclaim her mental health. BLACK ENTERPRISE had reported earlier this week that on Monday, at the Western & Southern Open, in Cincinnati, during her first news conference since backing out of the French Open, Osaka faced a journalist who peppered her with questions and brought the second-ranked tennis phenom to tears.

According to Mediate, on a recent episode of ESPN’s Fast Take, Stephen A Smith defended the journalist’s actions and stated that he “was incredibly fair and incredibly delicate with how he asked the question.”

Cincinnati Enquirer journalist Paul Daugherty took a hard line in his approach to asking Osaka questions about her decision to withdraw from the French Open due to how journalists had manhandled her in their questioning. “You’re not crazy about dealing with us, especially in this format, yet you have a lot of outside interests that are served by having a media platform,” Daugherty said.

After responding to his question, which was labeled as bullying, she seemed to wipe away tears and asked for a break before exiting. She returned later and continued to take more questions.

On Monday’s First Take, Smith defended Daugherty and his line of questioning. “Based off of that press conference, I thought the reporter was incredibly fair and incredibly delicate with how he asked the question. Then, the moderator said, ‘would you like to move on?’ And Naomi Osaka said no. I’m trying to figure out what the reporter did wrong. I didn’t see that. And for the agent to come out with a statement basically accusing the journalist of bullying her, I’m like, ‘What? What are you talking about?’”

“If you are a journalist and that is what we classify as bullying, then as a journalist, you get to go up there, and the only thing you can say is, ‘What would you like to talk about?’ to anybody.”