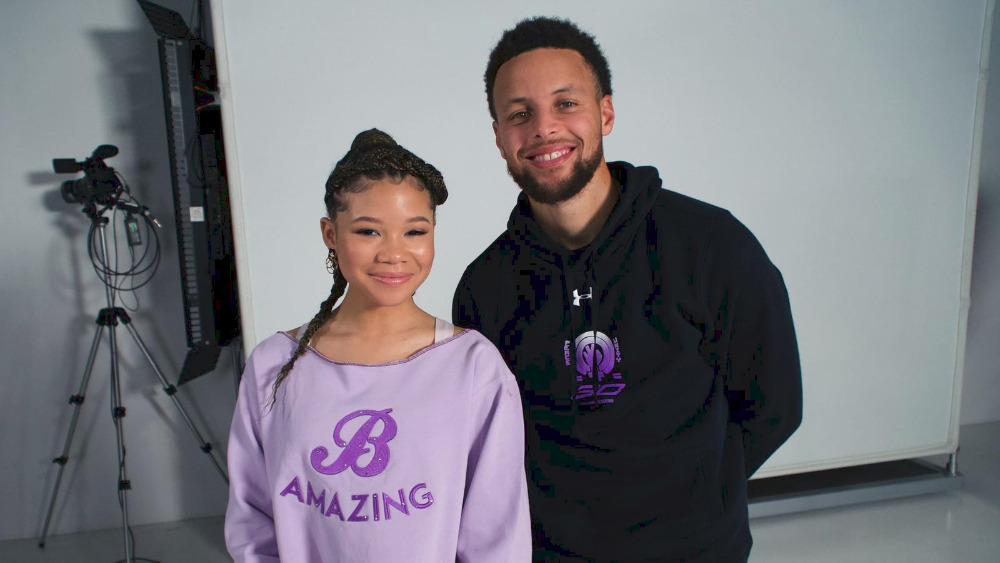 “I am continuing my commitment to providing a platform to empower young women in partnership with my team at Under Armour,” said Curry in a written statement. “We will deliver the Curry 7 Bamazing colorway for International Women’s Day 2020, which Storm helped to inspire, adding her own design touches to the sock liner with Bamazing branding and words of encouragement such as Btrue and Bbrave. Best of all, this Curry 7 colorway celebrates young women who inspire and supports their dreams through higher education scholarships.”

“We were originally planning to double the scholarship and award two recipients this year, but we found each of the final four applicants to be so impressive, with all they have accomplished to date. We are excited to grant scholarships to each of the four young women, to provide extra motivation to continue down their own pathways to greatness,” added Stephen Curry.

Storm and Stephen’s collaboration started in March in the Bay Area, as they hosted several rising female creatives during a hands-on filmmaking workshop. The participants worked with the duo and discussed ideas for three individual short films based on a brief submitted from Under Armour. Each spot will celebrate young girls who inspire others within the world of sports.

“I launched my Bamazing initiative with a goal to encourage young girls that they are truly capable of anything. They can and should be themselves, perfectly imperfect! I think it’s so important to uplift and celebrate women in order for us all to continue to thrive. I appreciate both Stephen and Under Armour teaming up with me to help spread these messages to girls everywhere,” Reid said.