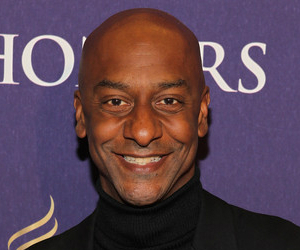 As The BET Awards approaches its 13th year, the program has decided to expand and has created ‘The BET Experience’, a weekend-long series of events that is, for the first time, allowing the viewing audience to be up close and personal with the stars.

The cable channel’s President of Music Programming and Specials for BET Networks, Stephen G. Hill, speaks to BlackEnterprise.com about the transition and expectation with this year’s awards program.

I see that the BET Awards are actually open to the public this year for the first time. Of course, outside of the fans being closer to the artist and the experience, what’s the possibility of the fans or whoever buys tickets being able to interact with the BET Awards honorees and attendees?

I think very well; we try to create a family atmosphere where people can let their hair down and celebrate each others music on stage in a way that they don’t at other awards shows. So I think people have a great chance of interacting with the honorees and attendees. Those people of course, who happen to have the tickets through the BET Experience. Because the only way to get the BET Awards tickets is to do the VIP packages at the BET Experience.

Since you are doing things differently this year, what are your expectations for the weekend as far as turnout?

So, we obviously have a tentative numbers goal, we want to fill the Staples Center every night as well as the seminars, but equally important, kind of, are the fulfillment goals. Are people satisfied with the programming, did they learn, did they have fun, most importantly, will they come back? And we have goals with our advertisers too. We want to make sure that the advertisers and the people who work with us to put on the BET Experience, get close enough to our audience and feel real engagement with our audience.

You have Chris Tucker hosting The Awards Show this year, are you solely responsible for picking the host or is it a committee? Are there any criteria needed or looked at when choosing your hosts?

So with production of the show we work with Jesse Collins Entertainment. We’ve worked with Jesse for all 13 years, all 13 shows. First, he used to work with Cossette Productions and now he is on his own with Jesse Collins Entertainment. Amazingly, fantastically talented brother as well as his team, and so the selection of the host is part of that, is part of the production process that we go through.

Chris has been on our mind for a few years. He is an audience favorite and of course, he is hysterical. It’s really gut; we go with who we think is going to bring the best for the show that particular year. Last year, Sam Jackson was just coming off the The Avengers and that was huge; and the year before that was Kevin Hart and he was just kind of breaking out. Every year, we try to find what’s going to be the coolest. People haven’t seen Chris around in a while but they still have an amazing affinity for him.

He’s already prepping. I went to go see him in Stockton, CA this past weekend, because he was performing and I know he’s got some amazing stuff for us.

For those who don’t know, how are the artists chosen and then what is the process for selecting the winners?

We have an academy made up of about 500 folks that are either in the music industry, media, bloggers and people from our audience. We send out ballots electronically and have them nominate in all the different categories who they think should be nominees for the awards. Collate those with a group called “Yangaroo” that works on other awards shows as well, and they narrow it down to the top five nominees and send that back out to the academy and they vote on the winner.

I’m sure the goal every year is to do the best awards show you are capable of doing, outside of that, what do you hope to accomplish with this year’s BET Experience?

Let’s grab a crystal ball. If there was something you have or haven’t done in the past or been involved with, that you could go back and do differently, what would it be?

That one is so easy! In 2003, we had a moment on stage where James Brown and Michael Jackson were on stage together, I think it was like six or seven minutes. It was six of the most electric minutes ever. Like to have Michael Jackson and James Brown on the same stage at the same time was amazing. When they walked off stage, I was so busy with all of the show that I regret I didn’t take a picture of them together or with myself in between. That is my biggest regret.