Steps You Need to Take to Start a Family Nonprofit 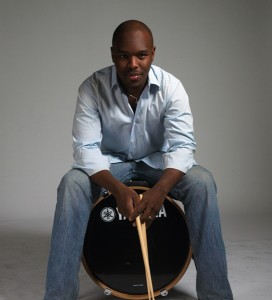 Ulysses Owens, Jr. traveled the world as a professional jazz drummer, performing with world-class musicians from Patti Austin to Wynton Marsalis. But when he returned to his hometown of Jacksonville, Florida, the 2006 Juilliard School graduate was shocked to learn of the high student dropout rates and murder rates among African Americans in the community. Drugs and crime had infiltrated the lives of many families.

That’s what drove Ulysses, 29, and his mother, Gwendolyn Owens, 58, and his sister Iris Owens, 34, to start the family run nonprofit Don’t Miss A Beat, Inc. (www.dontmissabeat.org) in 2008. “My whole family was deeply bothered by this downward spiral, so, we decided to form an organization with educational outreach as the focus,â€ says Gwendolyn, DMAB’s director of development while Ulysses, a Multi-Grammy Award Winner, acts as artistic director.

DMAB’s mission is the belief that the arts can be a bridge to a better life for underserved children. DMAB inspires and empowers today’s youth by blending music and art with academic achievement and civic engagement.Â  At the cornerstone of DMAB is a summer camp program centered on the performing arts and the fundamentals of dance, drama, and music, says Ulysses.

In the last two years, DMAB has expanded into a full-fledged community arts center that operates five days a week offering after-school tutoring, dance, and music lessons. DMAB serves about 300 youth each year through its summer camp, programs, and special events.Â There are also adult offerings that include Internet education classes and workforce development, to name a few. The Owens family project revenue for 2012 will top $130,025, with $84,750 of their operating budget in-kind donations/staffing.

By definition, a nonprofit organization uses surplus revenues to achieve its mission, rather than distributing that money as profit or dividends. These organizations fall under IRS designation 501(c) 3 and are formed by filing bylaws and/or articles of incorporation in the state where they will operate. A mix of controlling members or boards, paid staff, management, and unpaid volunteers operate most nonprofits.

Looking to start a nonprofit? Before you do, make sure your cause isn’t already being addressed in a similar fashion. Take the time to map out a sustainable, economic revenue stream that will support the organization’s long-term success, advises Earl Phalen, the Boston-based CEO of Reach Out and Read and founder of Summer Advantage USA.

There are over 1.5 million nonprofits in existence that operate on budgets ranging from $25,000 to $2 million. Don’t just assume you’ll survive off of donations or government grants. Instead, Phalen says to focus on four primary revenue streams:Â  foundations and corporations, government, earned revenues, and fees for services.

Once those revenue streams begin flowing, get ready to be financially accountable. Nonprofits submit financial statements to government authorities, funders and stakeholders just like for-profits, although the focus is on activities. Reach Out and Read complete a “Balanced Scorecardâ€ annually, which the organization uses to set, achieve, and review customer, employee, finance, and infrastructure goals. “All activities are tied to the scorecard,â€ which serves as the foundation for our long-term success strategy,â€ says Phalen.

To passionate individuals who are looking to start a nonprofit in a tight economic environment, Phalen says piggybacking on an existing organization may be a viable starting point. “Consider starting your program idea under the shelter of another 501(c) 3 as opposed to having to do it all yourself and assuming the entire risk,â€ he suggests.

For example, fiscal sponsorship is a formal arrangement in which a 501(c) 3 public charity sponsors a project or program that may lack tax exempt status. This alternative to starting your own nonprofit allows you to seek grants and solicit tax-deductible donations under your sponsor’s exempt status. To learn more, visit the National Council of Nonprofits, Grant Space and the The Foundation Center. The IRS’s website also has information, guidance and forms.

It took several months, a consultant, and a $1,000 personal investment for the Owens to set up their 501(c) 3 organization. They pulled together a board of directors to support their effort and put systems in place to account for the donations, income, and expenditures that would run through the nonprofit.Â  “Logistically we knew that we had to have a physical location, accountable systems, and a well-designed program in place to be taken seriously as an organization,â€ says Gwendolyn, who previously worked in corporate finance. Â To help further its cause, DMAB recently hired a professional grant writer who has taken the organization’s fundraising to a “new level,â€ says Gwendolyn.

Do’s and Don’ts of Starting A Nonprofit