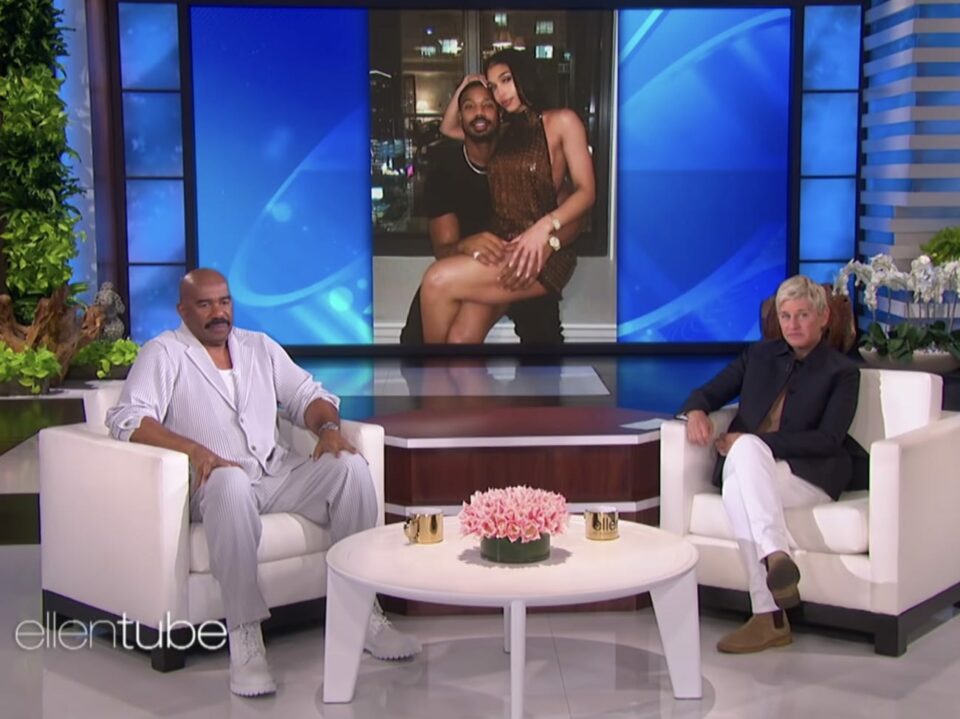 Unless you want to see a real Family Feud, don’t remind Steve Harvey that his daughter is doing grown folk things with her boyfriend.

Steve recently appeared on The Ellen Show where he was asked about Lori Harvey’s relationship with acclaimed actor Michael B. Jordan. But while asking the question, Ellen Degeneres had a photo up of the couple showing Lori sitting intimately on MBJ’s lap.

The adorable moment reminds everyone that Harvey is still a father and looks at Lori as his baby girl and not the high-profile celebrity she’s become. The TV host has taken a liking to Lori’s boyfriend.

The Original Kings of Comedy star talked about Jordan spending the Christmas holiday with the family and credited him for being a good gift giver.

“Hell yeah. That’s why I like him,” Harvey jokingly said. “That boy come through. He trying to impress the family”

“You know, I’m her father, so he bought me this big 100-cigar box of the most hard-to-get cigars. One hundred of them in this big box, and he gave that to me,” he continued.

Harvey went on to share the gift Jordan gifted his wife, Marjorie Harvey, and how it shows signs of the actor wanting to become an official member of the family.

“He gave my wife some skis. Who do that?” Steve asked. “Only way you give your potential mother-in-law some skis is because you want her to be your mother-in-law.”

But all jokes aside, Harvey is rooting for Lori and MBJ’s relationship to work.

“But at the same time, I’m just—I got my eye on him, you know. I can’t whoop him, but if he ever turn around, I’mma knock his ass out.”