Steve Harvey Weighs In, Blasts Mo'Nique In Response to Her Ongoing Feud With D.L. Hughley 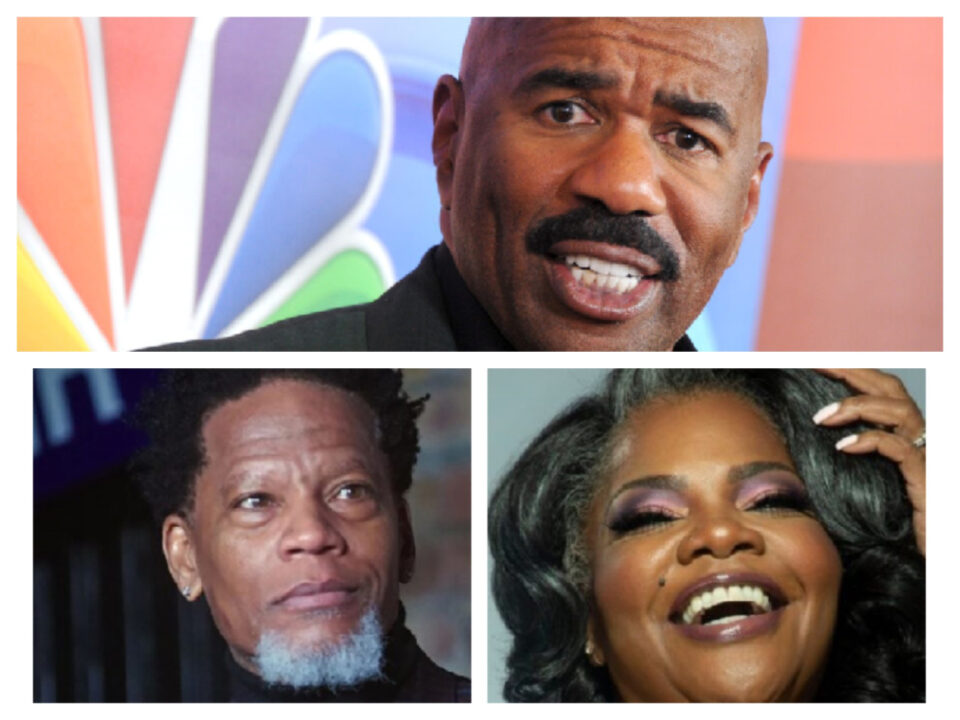 Earlier this week, BMF actress, Mo’Nique openly shared that she signed a contract to be a headliner at a Detroit show that fellow comedian D.L. Hughley declined to perform at if she was the headliner.

After the two went back and forth over social media, another comedian entered the feud to defend his Kings of Comedy friend, D. L Hughley.

After being dragged into the recent feud between Hughley and Mo’Nique, morning show host Steve Harvey responded to comments Mo’Nique stated in an Instagram Live posting earlier this week. Mo’Nique and her husband, Sidney Hicks, decided to take it to the “internets” to discuss the recent controversy at a Detroit show on May 29.

During her hour-long discussion, she mentions Harvey, as the two had beefed publicly in the past, specifically on his show, when she stated to everyone that she was blackballed in the industry by the likes of Oprah Winfrey, Lee Daniels, and Tyler Perry. Mo’Nique brings up a previous discussion Hughley and Harvey had on Harvey’s show. She recapped that Harvey stated to Hughley how the producers had to have the conversation edited to not show Mo’Nique in such a terrible light based on what she said during their dialogue. She blasted Harvey for saying that.

On Wednesday, Harvey took to the air during a discussion on his syndicated radio show, Steve Harvey Morning Show to defend himself.

“Let me just open by saying I could care less than a…about what you think about me because clearly—clearly—I’m not your problem. And you know what? Anyone who knows me, who really knows me, can’t even make that statement. You’re trying to sound profound now? But really? Girl? Girl.”

He also states, “Her management, whoever he is, simply stated, ‘I got this gig, you co-headline.’ I promise you that’s what was told. … And that was incorrect information because D.L. put that contract online,” Harvey said. “He was 100 percent headlining. Co-headlining affects the money. If you’re co-headlining, you’re gonna get the same cash.”