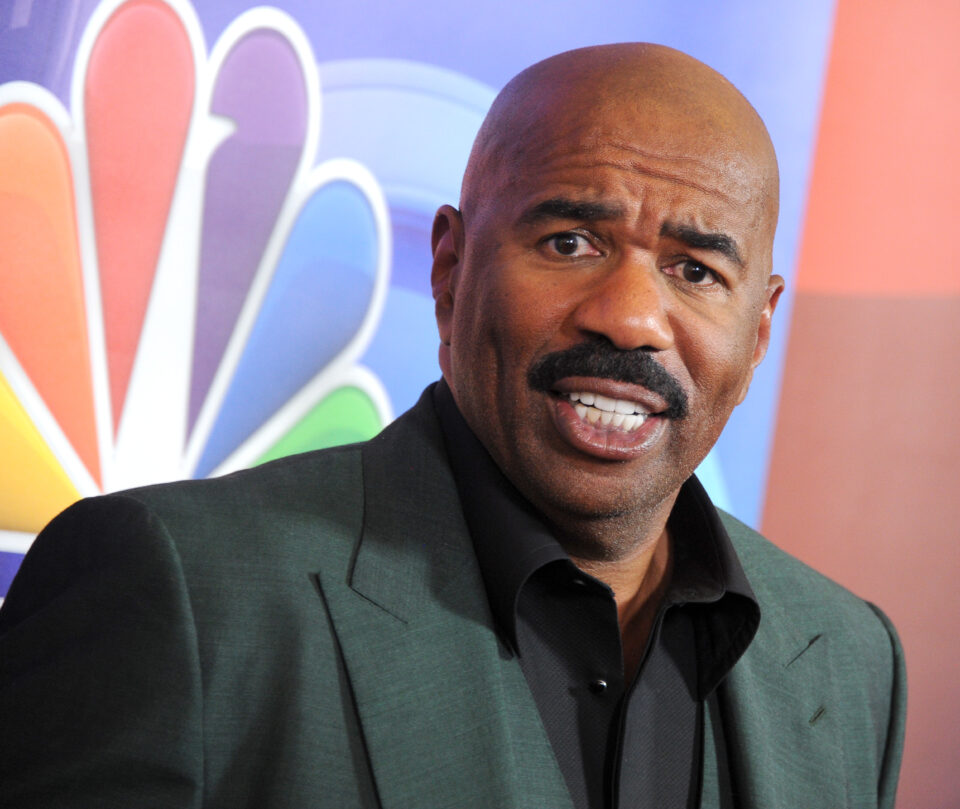 Family Feud host Steve Harvey has entered the Kanye versus D. L. Hughley fracas. And Harvey has some sage advice for Ye if he wants to mix it up with his good friend, Hughley.

Ye issued a thinly veiled threat to Hughley after the comedian appeared on VLAD TV and spoke candidly about Ye’s harassing behavior toward his ex-wife, Kim Kardashian, in a recent social media post.

While discussing the Ye/Hughley dilemma on his radio show, The Steve Harvey Morning Show, Harvey gave his opinion on what may happen if the two of them ever got together to “scrap.”

Hughley remarked that Ye’s action against Kim Kardashian amounts to stalking. Ye caught wind of Hughley’s words and warned him that he “can afford to hurt” him.

According to XXL, in the since-deleted post, Ye says, “And DL Hughley is a pawn Yeah I know a king not supposed to address a pawn but I address everything and find addresses DL So don’t speak on me or my children I can afford to hurt u.”

In another deleted post, Ye continued his attack on the comedian by calling him a drug addict and posted a video clip of Hughley passing out on stage in 2020 due to coronavirus.

He then addressed Hughley, “God does not like you You have no favor Your family hates you I would hate to be related to somebody who used to be famous Now you just known as a broke pawn at least Oprah got billions ‘allegedly’ Come on leftist Y’all gotta do better than DL This Ye Bring the real smoke baby.”

But, as can be expected, Hughley hit back.

Hmmm! Ain’t it weird that #Kanye supposedly has all these goons who will kill for him, but not one of them will get his prescriptions filled? Here’s a thought while you’re on your way to kill me in Calabasas, how about somebody drop by CVS and pick up his Xanax! Lol #TeamDl

Ain’t no way in hell I’d ever be scared of a dude who wears #IKnowWhatDidLastSummerBoots!!! #TeamDl