See Who Steve Harvey Lists in His 'Mount Rushmore of Comedians' 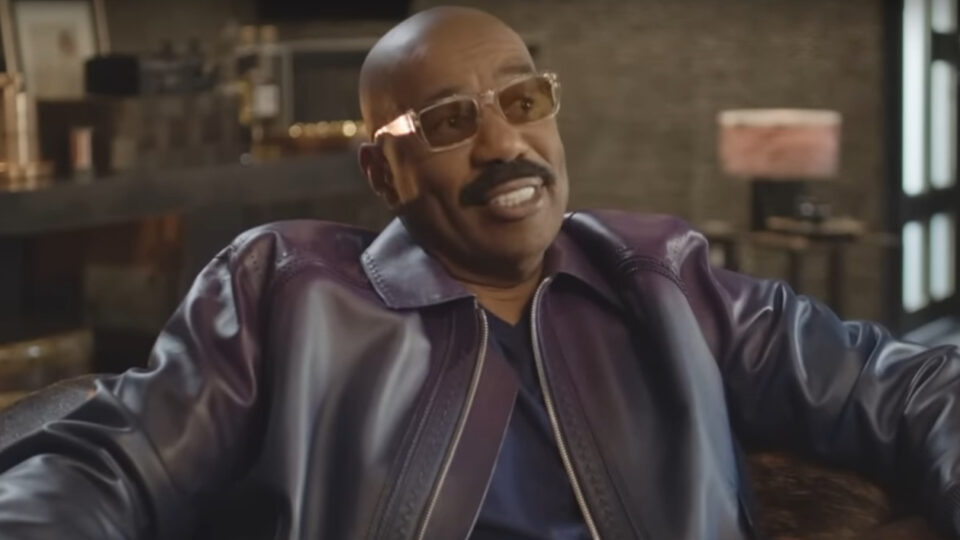 A&E released the Kevin Hart-produced documentary series, Right to Offend: The Black Comedy Revolution, which shows how Black comedians have used pointed humor to expose, challenge, and mock the injustices of society, and articulate the Black experience in America.

In a clip from an episode, veteran comedian Steve Harvey gave his own “Mount Rushmore of Comedians” listing Kevin Hart, Dave Chapelle, and Chris Rock as three of the “heads,” while leaving the other head as a collective. That group is “The Kings of Comedy,” which features Harvey, D.L. Hughley, Cedric the Entertainer and Bernie Mack.

While most would question the list based on various criteria, Harvey kept it specific to stand-up comics.

“Them damn Kings of Comedy, man, Kevin Hart, Chris Rock, and Dave Chapelle is it. And feel how you wanna feel, and if you feel any different, it’s ’cause you ain’t been doing this long as me, and your ass don’t know what I know. Trust and believe, that’s a bad-ass Mount Rushmore.”

Although his choices will cause controversy, he DID list Eddie Murphy and Richard Pryor separately among his picks.

“Richard Pryor is a stand-alone dude, you know. If there was a Mount Rushmore, he don’t even get on the mountain. He’s a whole peak by hisself; he’s Mount Hood. Now, you can come up with your Mount Rushmore of Comedy, and you can put some people up there you want, but not Pryor. Pryor is a standalone entity.”

And for Murphy, he said, “Eddie Murphy is a peak by himself. Nothing we can do with them, boys. They not included; that ain’t gonna happen.”