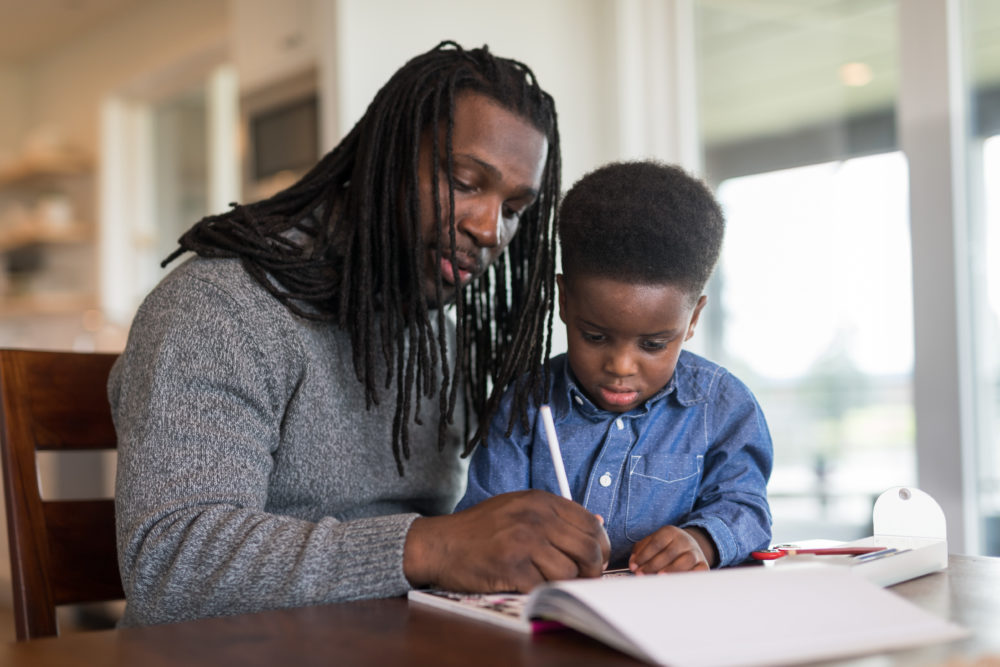 One of the first articles I ever had published was a feature story I wrote many years ago on growing up with a single, black father. “Oprah doesn’t do stories on single, black dads,” I wrote. I complained about them being an ignored demographic.

To my surprise, I received several letters from black women angered by my article. I recall one stating that the single, black father was the exception, not the norm and why take focus off of black women who so often pull double duty as mother and father while working full time?

Those women deserve support and admiration. Yet, I said then as I say now: Black men with sole custody of their kids, comprise a small yet mighty group that deserves far more attention than received.

I was part of that scant percentage. My father had little-to-no resources when my mother just upped and left him with two pre-teen kids. He worked two, sometimes three jobs to keep paying the mortgage on the house he and my mother had just bought; and to provide for us. Although there was no time or money for vacations I cannot remember ever doing without lights, heat, air conditioning, school supplies, clothes—without any of the basic needs, really.

My father would come home from a two-hour commute every night just in time to make sure we were OK—fed, homework done—and then was back out the door two hours later—on yet another grueling two-hour train ride to his second job. Our lives ran that way for years until we kids were grown.

Still, I think my then-over-taxed father could have benefited with some support. In her book, “The Best Kept Secret: Single Black Fathers,” associate professor of sociology at Marquette University Roberta L. Coles writes that “monies, scholarly research, and public debate have nearly entirely focused on non-custodial fathers or so-called ‘irresponsible fathers’ for which black fathers have become the poster child.”

In her research, which included interviews of single, black fathers, Coles discovered, “African American fathers struggle to extricate themselves from the negative and restrictive cultural baggage that attends the ‘black male’ identity in American society.”

As a child, and even today as an adult, I get defensive about the persistently negative portrayals of black men as fathers as I remember my own and how he did so much to raise us.

But, my point is also to highlight the single, black fathers out there this Father’s Day. I remember so well when my father removed the drop leaf that extended our dining room table after my mother left, shrinking it down into a small, encompassing circle. “We were a family of four, now we are a family of three,” he said.

He was right then, and we still are a strong family of three. And Happy Father’s Day to all of the single, black fathers.

CHECK OUT THE 2019 LIST OF BE MODERN MEN —an integrative program that honors the essence, image, and accomplishments of today’s man of color.

FacebookTwitterYoutube
← 6 Steps to Take If a Debt Collector Tries to Sue You ← What a Cliche!: The 5 Most Overused Resume Phrases
×