‘Stop Putting Black Women Against Each Other’: Jill Scott Shuts Down Troll Comments Comparing Her to Lizzo A viral tweet that trolled the appearance of pop superstar Lizzo in comparison to the Why Did I Get Married star Jill Scott, was promptly shut down by Scott last Wednesday.

The original post, tweeted by a woman, catered to preferences for men, suggesting how Scott was a classy plus sized woman while Lizzo was not, due to her appearance.

“Your size isn’t the reason Men won’t date you. It’s the level of class you have. For instance, let’s compare Jill Scott to Lizzo. Men, which one would you date?” read the post, with side by side images of Scott at a press event and a screenshot of Lizzo rocking a raunchy outfit with an exposed derriere as she boards a private jet.

The conservative woman continued in the thread, “Yeah sure as a performer, perform as raunchy as you want, whatever, but going out in broad daylight with your cheeks out is another level of coocoo…

“Size does matter to an extent lol but you gotta know how to wear it too. If you’re plus size, make it look good because there will be someone out there for you,” she suggested. 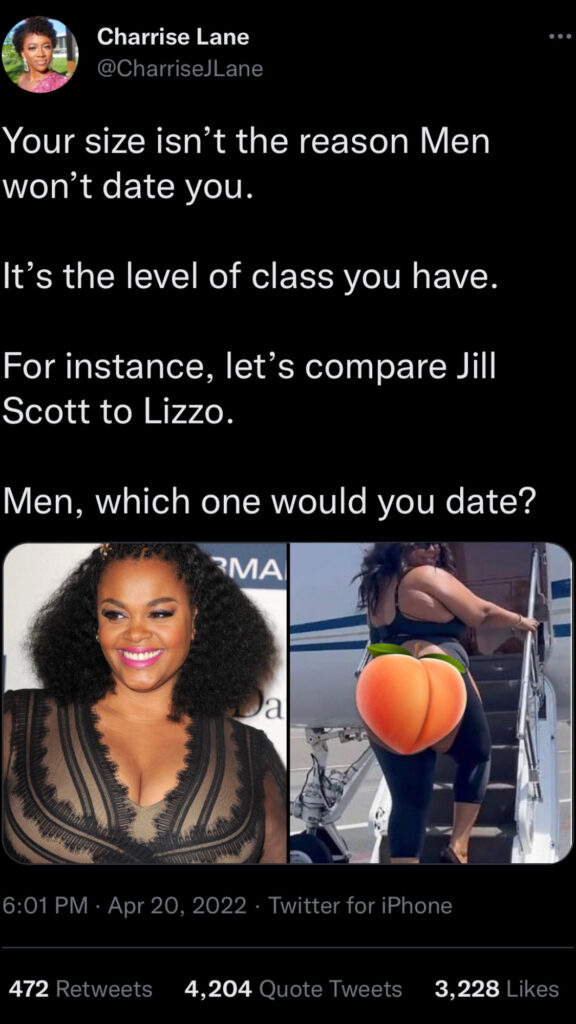 The 50-year-old actress responded to the tweet with the quickness, posting a GIF of Kevin Hart mouthing the words, “Stop that.” 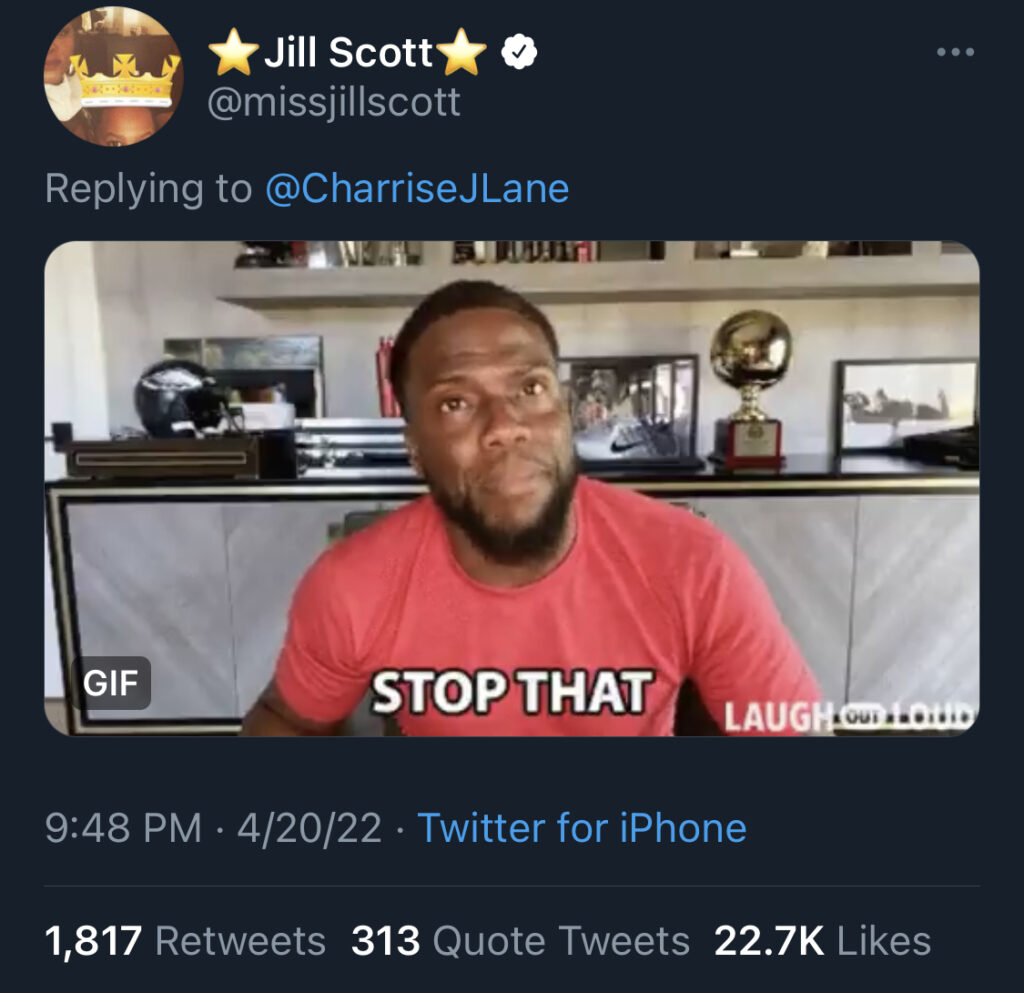 Many fans reacted to the three-time Grammy Award-winning singer-songwriter’s response, pointing out the promptness of shutting down comparisons, but especially not wanting to be center stage of unwanted drama.

Additionally, other Twitter users urged posts like these not only damage the self-image of other plus sized women, but fuel unwarranted competition against Black women.

“When will people learn to stop pitting women against each other, chile,” one user wrote.

“Stop putting black women against each other,” replied another.

Then there were others who called out the original post’s creator: “Did he pick u yet? Or u still waiting on a txt back?”

Lizzo commented on TheShadeRoom’s repost of the tweet: “STREAM ‘ABOUT DAMN TIME,’” she said with a hair-flip emoji, her newly released single.