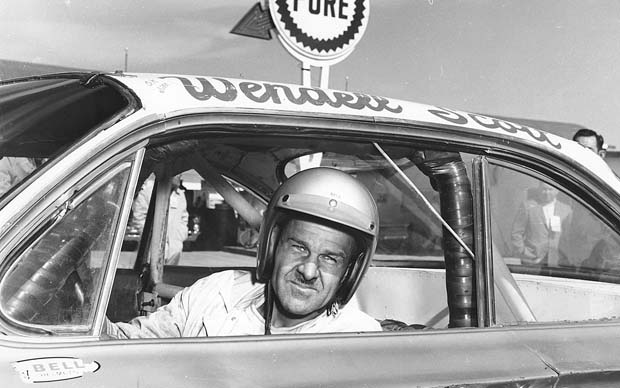 A series of historic NFTs created by Wendell Scott Ventures will be introduced and sold to commemorate the iconic and groundbreaking life and legacy of Wendell Scott.

Until Bubba Wallace‘s win on October 4, 2021 there had never been another black driver to win a NASCAR race. To this day, Wendell Scott is the only black NASCAR team owner. Despite Wendell Scott‘s triumphant victory, he was never awarded a trophy for this win. It wasn’t until Aug. 28, 2021, nearly 60 years after his Jacksonville win that his trophy was posthumously awarded to his family.

Coming off of a successful in-person NFT auction hosted by Authentik Studios at the NASCAR Hall of Fame, in which the first-ever NFTs of an African American NASCAR driver was sold, the collaboration with Worldwide XR, CMG Worldwide, and VueXR continues with a broader release on March 6th with the premiere NFT marketplace Nifty Gateway, according to a press release.

100 years after his birth and 58 years after his NASCAR victory, Wendell Scott continues to break barriers as his legacy is now irrevocably entwined with technology that is shaping the future of how users engage with the world around them. NFTs are a fitting mode to share the story of Wendell Scott as NFTs, like Wendell Scott, disrupted society while simultaneously paving the path for change in a broken system. Akin to NFTs impact on technology, cryptocurrency and the future of Web 3.0, Scott’s impact shook NASCAR’s status quo and made the sport more inclusive and accessible. Owners of these NFTs have a chance to be a part of history in the making.

This will be Nifty’s first time releasing a 3D Augmented Reality (AR) digital car on their platform. The first of it’s kind and an exact 1:1 replica of Wendell Scott‘s first-ever NASCAR winning 1962 Chevrolet Bel Air. Much like the blockchain allows users to operate on a decentralized system, the Extended Reality (XR) version of Scott’s car breaks it away from its physical confines of its display at the NASCAR Hall of Fame and brings it to the masses. This AR asset can also be utilized in Metaverse applications.

Depending on which NFT is purchased, owners will also receive Authentik Studios’ SILO™ Digital Frame that brings your NFTs to life by allowing users to display your collections on a 43″ HD high-fidelity audio display from the comfort of their home. Users can access their entire NFT gallery via the SILO™ App & enjoy their NFTs in unparalleled 4K resolution.