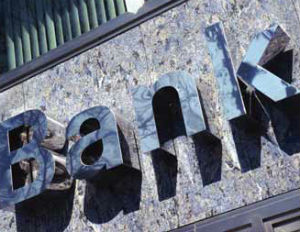 Chicago police have arrested and charged Kenneth Anderson, 46, for robbing and attempting to rob 11 banks in the city’s downtown Loop since October, according to theÂ Chicago Tribune.

Anderson has been dubbed the “Stringer Bell Banditâ€ because the robberÂ shares a strikingÂ resemblanceÂ to HBOÂ The Wire‘s character Stringer Bell (played by actor Idris Elba). Anderson was taken into custody after returning to the scene of a robbery that took place last month on Friday.

Employees of the Fifth Third Bank notified police when they thought the customer looked like the thief that demanded cash from the teller back on November 2nd. Cops spotted him a few blocks away and arrested him.

Anderson allegedly had a note stuffed in his pocket that read,Â â€Hand over all the money now you have 20 seconds.”