Student Has Commencement Like No Other -- on the Subway 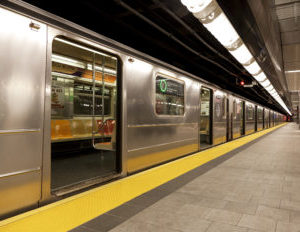 Ahh, subway delays. They’re a part of life in New York. Thankfully I don’t experience them often, and when I do nothing very important has been at stake.

The worst was an hour-long delay that caused my daughter to miss her bus going back to school. She took a later bus, and all was well.

But here’s a sweet story from Inside Edition about a young man who missed his graduation ceremony because of a two-hour subway delay. Despite having to miss the pomp and circumstance of the Hunter College commencement, Jerich Marco Alcantara’s family, friends, and fellow New Yorkers helped him commemorate the moment with an impromptu celebration.

According to Inside Edition, the young man was greeted with congratulatory hugs, and he took photos on the subway. Here’s more.

A New York student made the best of a bad situation when fellow train passengers threw him an impromptu graduation ceremony as a two-hour subway delay forced him to miss the event.

Jerich Marco Alcantara, a nursing major at Hunter College, was in full cap and gown on a Manhattan-bound E train in Queens when disaster struck.

When it became apparent that Alcantara and his family were going to miss the ceremony, a buddy had the brilliant idea of scribbling a makeshift diploma on his iPhone, which he presented to the graduate.

“Certificate of a good job. You’re a nurse now, maybe,” the “diploma” read.

“I was like, ‘Oh my God, this poor kid is going to miss his graduation,'” she told Inside Edition. “We were all clapping for him, we were playing a song, it was a really nice moment.”

In the video, someone can be heard shouting: “Congratulations, you’re a nurse!”

Everyone joined in the impromptu situation, which was filled with hugs, kisses and handshakes, and the graduate showed off his “diploma” to fellow riders.

Read more at Inside Edition.