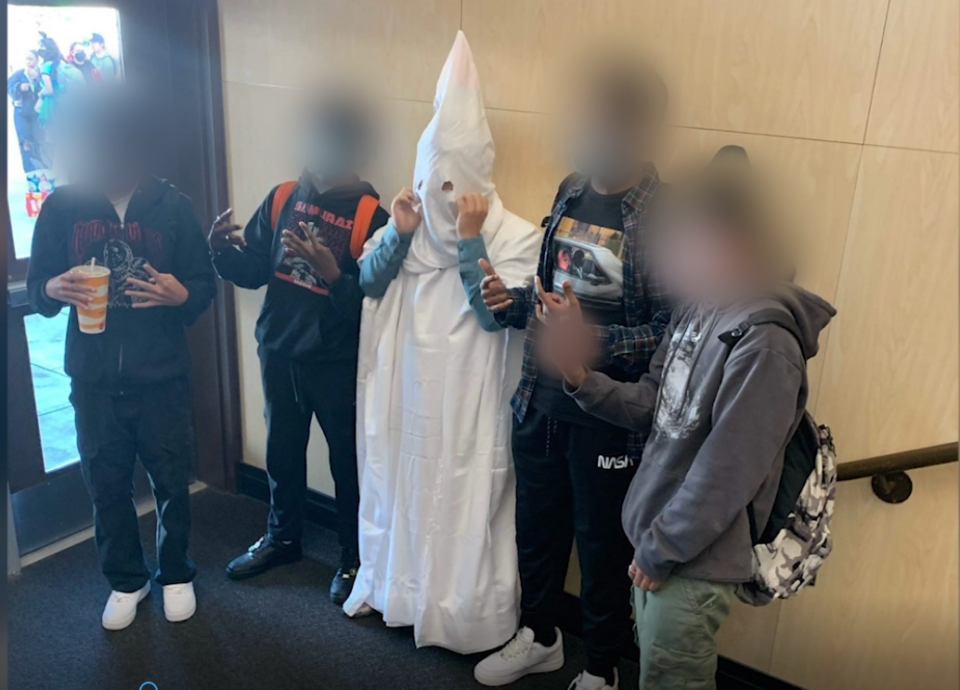 A student in Pittsburg, California, wore a Ku Klux Klan costume through four periods at his high school before being reprimanded.

Pittsburg High School principal, Todd Whitmire, sent out a statement to students, staff, parents, and community members on Thursday after many were left “upset” and “concerned” by a photo of a student wearing a KKK costume at school, KRON 4 reports.

“As a school community, we are very disappointed and concerned with the actions of this student,” the statement continued. “We are committed to addressing what has occurred and working with this student to help him recognize the harm his actions have caused and, just as importantly, the responsibility he has, along with our school, to help repair them.”

On Wednesday, the student came to school wearing the costume and posed for a photo circulated across social media. It was the same day the school was hosting a costume contest during lunch, and it was only after wearing the racist costume for four periods that the costume was confiscated.

“I was surprised, like how the principal or nonE of the security agents didn’t stop him or anything like that,” said Manuel Gutierrez who goes to Pittsburg High told ABC News 7.

School officials met with the student and his family on Thursday, where he admitted to wearing the costume as a “dare.” But many in the school are still offended the student had the gall to wear the racist costume to a public high school.